Tell Us: What's Your Family's Secret?

Tell Us: What's Your Family's Secret? 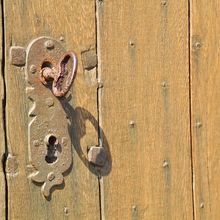 Last night, I attended a discussion of the book, After Visiting Friends, A Son's Story. This wasn't a typical book discussion as the author, Michael Hainey, grew up in my hometown. Our hometown library sponsored the event at one of our town's landmarks, the Pickwick Theatre.

Hainey's book chronicles his search for the answers surrounding his father's death in 1970 when Hainey was six years old. The story is about the secrets families keep because of shame.

I related to Hainey's books for several reasons--he writes of the schools, grocery stores and experiences of our hometown. He also writes about losing a father at a young age and the impact of the mystery of his father's death on his childhood and his family.

In my family, our secret involved my grandfather, who left my father's family when my dad was seven and my uncle was 11. We never spoke of my grandfather although I did once ask about him. The question popped out during dinner when I was about eight. "Dad, what happened to your dad," I asked.

"He died," my dad answered. My four siblings and mother looked on in utter silence. But I heard the sound the secret makes, the scream of "SHHHHHH!."

Later, my older sister told my younger sister and I that our grandfather had not died but had left.

These secrets affect so much. Last night, Hainey spoke about the closeness he now enjoys with his mother because the secret surrounding his father's death is no longer that. The secrets we hold, which often we keep thinking they protect, create the distance of confusion within our relationships. Our unanswered questions hang between us.

In his book, Hainey writes of his regrets of not asking more questions about his father's death during his uncle's life. He wishes he would have asked questions while relatives who held answers still lived.

My parents went through a lot as their kids goaded them to be more open about their lives. Their parents were hush-hush about a lot of things for a lot of reasons. Although it seems that things have changed in society regarding some issues, people still stigmatize mental health problems, they regard alcoholism and other addictions as social rather than health issues, and many still fear people who are \"different.\" Sometimes it's a lot easier to remain quiet about some family secrets. I began to feel even stronger about this issue when I had a daughter. She knows the family secrets, and that's all that matters.

I have a similar story with similar feelings but different circumstances. I never knew my grandfather on my father's side. We knew my grandmother well. One day as a little child (maybe 4 or 5) I asked her \"Why does Nanny J. have a Pop Pop but you don't?\" which translated into family-ese meant, \"Where is your husband?\" and the reply was none too friendly and the conversation ended there, until some 10 years later (now 1969) when my grandfather showed up. He had spent his entire adult life in the local mental institution and I guess due to state regulations and the fact that the institution was closing, he was now out in a group home and we were contacted. My grandfather had a mental breakdown after he married my grandmother and my father was born, and was placed in an institution and never released and no one went to get him out. My grandmother told my dad that no one was supposed to know about my grandfather. She never filed for divorce and always kept his name. But only after my knowing him briefly, he died, and my grandmother didn't even want to have his funeral notice put in the paper. \r\nI can't begin to imagine my father growing up as a little boy with this over his head and raised by his mother and an extensive brood of aunts and uncles. He was a man with a very funny sense of humor but critical, cruel and angry at the drop of a hat. We talked before he died (at age 81) at his sorrow for not reaching out to his father more. So many repercussions there.\r\nAs for my sister and me, we find this family secret infuriating. Especially because we have found that our relatives were original settlers of our county in our home state. A commemorative coin has been minted in honor of our relative. We were deprived of all this amazing, fascinating family history that we could have enjoyed and explored and been proud of and experienced with other relatives. Now we scrounge around on Ancestry.com and look for tidbits and shreds.