Thanx for the Feedback

Thanx for the Feedback 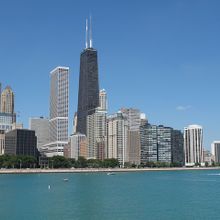 I want to thank all of those who sent responses to my "vent" blog post. This is the first time I've ever done anything like this. And I know it's not the politically correct words when I say that I'm thankful that I'm not the only one who feels the way I do. Most of the suggestions people gave to me have already been tried. That's what is so frustrating! I have talked to his "life coach" nurse and she says that's not her job. I've mentioned it to his doctor but he says he can't keep harping on it, as Dad will do whatever he does or does not want to do anyway. I have also sat down to talk with Dad myself, also to avail.

I simply refuse to put him in assisted living!!!! We put my grandmother there with Alzheimer's before it was ever given a name, and she lasted less than a year. But she had a real illness. She thought I was my mother, had no idea who my mother was, and thought my daughter was me. There were times she didn't even know anyone. I could understand if there was a mental or physical reason for my dad being the way he is, but he is just plain lazy...and I can't live with it anymore. People say, go away for a day or so. Yeah? And I come back to the same thing!!

I have two sisters who only know Dad's phone number or that he's even alive when they want money out of him. Neither one drives and we live about 20-25 miles from both of them. But the fingers still work, we still have a land line phone. What more can I say. He hasn't heard from either one since our annual Christmas/birthday breakfast that Dad "hosts" every year.

Although the weather is not going to be the greatest, I am leaving for the weekend  and spending two days in Chicago, by myself. And no doubt worrying about Dad every minute.

Dear Jacquie, You have tried all the suggestions which are the best you could be given,,, I know the assisted living is one that you don't want to go there... I totally understand. I am glad you are taking some time away in spite of coming back to such a mess!! It is good to get some time alone for \"rebooting\". Your sisters will face their own judgement at another time, it's not for you to deal with but I understand how frustrating it is. My sister was such a help to me in our first 3 years of caregiving for my Grandma and now pretty much avoids coming over (she lives just next door). I work on not judging her quite often. My heart does feel better when I can let that go . . . all that being said, It Is Not EASY!!! ((HUGS)) to you and enjoy your time away!

Hi--I had a feeling that our suggestions would have been ones that you tried. It truly is a frustrating situation.\r\n\r\nI just don't understand your sisters. At some point, it's not about your dad, but about you. Their involvement helps YOU. It's awful they don't see this. They could make such a difference in your life. Their choice to take the easy out will come back to haunt them some day.\r\n\r\nI hope you enjoyed yesterday in Chicago!! We had such a beautiful day. (I live in a neighboring suburb of Chicago.) I hope the sun gave you a bit of hope.\r\n\r\nThanks for being with us. Keep us posted as you can.