The 12 Days of Caregiving

The 12 Days of Caregiving 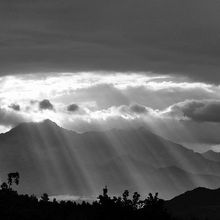 When last I blogged, my brother had made good on his (or his wife's) decision to end his role as live-in, daily caregiver to go back home 750 miles away. Just my luck, my sister got the flu and wasn't able to make it the week of my brother's departure. Nor was she able to make it the next cycle. Thankfully, she was finally able to step in at the 12-day mark.

I found out Mom had a fall before my brother left and I was at home. And even though Mom told him she had a "bad fall" he didn't think much of it and left the house thereafter. I monitored her bruise, but the more information I got about the fall, the more concerned I was, so I took her to the ER for a CAT scan. No broken bones but they saw something on her lung they want us to follow up on. Geez.

We found somewhere to go just about every day. Walmart, the senior center, food shopping, the dollar store, another grocery store, the dollar store again. Dad was getting his physical and occupational therapy from navigating the stores.

Dad can walk up the stairs now and if you're not looking, he's on his way. He shouldn't be doing it on his own but he'll never retain or pay attention to that mandate. I joked that he "snuck" upstairs without me knowing and he went off on me. He started saying things like this was his house, he didn't need permission, and he was the father. My mother and I tried our best to reason with him but he was in CCM—Circular Conversation Mode and we could not break him out of it. So...I threw a little tantrum!

I'm the youngest and no matter how old I get (soon to be 50) I'm still his baby boy. "All right, I'm SORRY!" I huffed as I got up and left the room (I had to run an errand for my mother so I was leaving anyway). Even though it was done with a purpose, I consciously had to restrain myself from really losing my temper because I was on my 11th day.

I'd gotten to a point where I felt I was never going home but on day 12 I was on my way. When I was home, I felt unsettled. That first night I couldn't sleep, which left me lethargic on my first full day home. My second full day, I had to get up early for an appointment (bummer) and seemed to do nothing but chores the rest of the time. I finally got settled for some me time, but then came the dread of having to go back the following day. On my day to return I left at 12:30 pm. Not much time for anything.

Kudos -- no, blessings -- to you all who don't have siblings or a parent to help, who don't have any alone or downtime, and who are not able to put some distance between you and your caregiving situation. I feel for you.

Hi Mike! Your post reminds us that caregiving affects our breaks, too. We need time to decompress, to find our way again. I think those outside of caregiving don't get this part -- that caregiving isn't a switch we turn on and off. It's an experience that impacts us, including when we're on a break. And, that contributes to the exhaustion we feel during caregiving.\r\n\r\nThank you so much for your blog posts. I look forward to them!