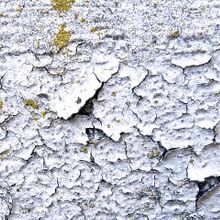 Sorry I have been MIA for a while.

Three of my four clients that I take care of have had changes in their conditions and I have been dealing with families who just do not have a clue. I have one client who I take care of who lives with her son. She has had numerous physical and mental changes and as the saying goes he can't see the forest for the trees. He's not in the best of shape. He's about 100 pounds overweight and a diabetic who does not take care of himself and he wants to take care of his mom. He made a promise to his mom that he would never put her in a nursing home. He's also a friend of ours from church and everyone is worried about him. Her doctor has even told him to start looking at other arrangements. We are all praying and hoping that he sees the light before this kills him.

Another client who I take care of  developed a UTI and an URI the middle of September and was in the hospital/rehab for six weeks. When he got released, his son texted me on a Tuesday telling me that his dad was coming home that day and asking me if I could come back on Thursday (my regular days are Tuesday, Thursday and Friday afternoons), and I said sure. I didn't ask to re-evaluate him as I should have (I've since learned). There is a another caregiver that is with him in the morning. She is very nice but she has  a very thick accent and at times is hard to understand. When I got there on my Thursday she told me "that Mr. Tom is fine but has exercises he needs to do." She left and I was there with him until 3 when a home health nurse came to evaluate him and his son also came home at the same time. I tried to get him to do some of the exercises that I was told to do and my client refused and I left him alone. When his son got home I told him that he had been difficult. The home health nurse got there at the same time the son did and the son said, "shh we'll talk about this later." During the conversation with the nurse I found out that the other caregiver had spent time with the client and knew what was going on. I had asked the son numerous time where his dad was and never got a response. After the nurse left we talked and the son told his father to do what I ask him. His dad has dementia and did not remember that. Fast forward a couple weeks and my client refused to get up from his afternoon nap. I texted the son to tell him as I have been told to do when his father wouldn't do something for me. I was told that you just need to get him whether he wants to or not. My client is about 6 foot and weighs 200 pounds. I'm 5"3 and weight about 175 pounds. Thankfully things have somewhat calmed down with him.

In middle of all the chaos with my clients, we went over to my in-laws to celebrate my birthday. My birthday was the end of the September and we didn't a chance to celebrate with them til the middle of October. My mother-in-law doesn't keep the cleanest house and has issues of her own. As we were eating in their kitchen I felt something that I was sitting on. At first I thought it was water but I thought no. I put my hand under my bottom and pulled what at first looked like a cow patty but turned put to be a brownie. We think. We had to go home as the back of my pants were wet and had a fowl odor. Also my in-laws have paint falling from the ceiling of their second bedroom. It has been that way for months and nothing has been done. AH has said to his dad about this and nothing has been done about it. They also are getting very poor reception on their TV. They do have cable or satellite and my father-in-law wouldn't do anything about it and my mother-in-law is not able to watch PBS like she would like. In-laws do not get along and father-in-law is gone most of the day doing who knows what and doesn't listen to mother-in-law. AH doesn't want to get after his father as his father has a temper and doesn't like to be told what to do and thinks he knows it all. He has never dealt the suicide of his other son four- and-a-half years ago and to a certain degree blames his mother-in-law.

Life is certainly never dull for us!

Thanks SOOO much for letting me vent!!

Denise,\r\nAt the time the \"brownie\" incident made me squirm but I think it's kinda funny.\r\nThanks for your support!!!\r\nMaria

Oh, Maria, the \"brownie\" made me laugh and squirm at the same time. \r\n\r\nIt must be so hard to know they need help and yet meet their resistance head on. So difficult.\r\n\r\nI hope today was a good one for you.

Wow! You've got a lot going on! I have trouble just keeping track of mom and I!!