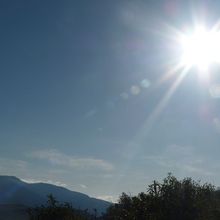 The last week has been quite the week. My hubby, Mark, has three friends that he used to run around with before we were married. They remain close and do still do things together.

John, Tom, and Phillip. John is married and has a son. Tom has never married and is like a brother to Mark. Phillip is also single and has a variety of health problems including being a brittle diabetic. He has not worked for over a year as he had some health issues last year made worse by a very difficult boss. Phillip has a brother that he doesn't get along with and doesn't talk to. So, we are his family.

About a year ago, Phillip had a toe amputated from his left foot. A couple weeks ago he dropped something on his other foot which caused more problems and this past Friday he had all of his toes amputated on his other foot. When he was in the hospital last year after he got out he went to John's house.

A little back ground on John: He's married to Diane and they have a son, Sean, who's 14. Diane was in a severe car accident a number of years ago and has some medical issues which affect her ability to think. She doesn't work and doesn't drive a lot. Sean has never had much disciple and is a "wild child". Phillip went there last year after this first surgery and was unable to get the rest like he needed to. Sean also stole things from Phillip when he was there last year.

Phillip doesn't want to go there this time so we are trying to get him into rehab. He is also applying for Medicare which affects where he goes for rehab.He was supposed to apply for services last year. Unfortunately no one pushed him (which he needs) and he never got anything done. With him being in the hospital things have started and he is starting to get the services he needs. I'm trying to coordinate services and be the point of contact for everyone.

To make things even more complicated John doesn't exactly like me as I speak my mind. It also bothers him that I know more about this than he does. We are currently waiting to hear from the hospital as to where he goes. Mark and I are going over on Thursday afternoon to his house to check what needs to be done so he can come home.

As I entitled this The Adventure Continues...