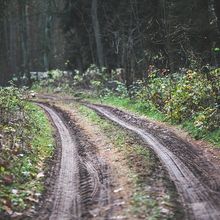 The last two months have been busy, busy!

I finished my first term as the president of the women's group at my church in May and have started to work on my second term. The new year starts in September and I need to get the book done with the officers and the members.

Over Memorial Day weekend we had a major death at our church. The wife of our former senior pastor, who retired six years ago and had been at our church for 35 years, died. She had been ill  on and off for the past three years but was doing relatively well. As you can imagine this was a HUGE funeral and a quite a loss for our church!

Our friend Phillip finally got out of the hospital three weeks ago after being in the hospital for 10 weeks.  We were dealing with his parents' house. They have both been gone for more than 10 years and their house has not been sold. Phillip is the youngest of three and has two older brothers. The middle brother passed away and Phillip does not get along with  the oldest brother. The house is right next to where his oldest brother lives. The oldest brother causes problems with Phillip and the house. Phillip does not like conflict and therefore they do not talk.

My AH (Mark) and his best friend Tom decided that is anything was going to happen with the house they needed to do something about it. Mark got the name of a flipper and everything was going well and we thought it was a done deal. The flipper & Phillip had a contract and had agreed on a price. Well when we got a hold of the title we found out Philips's brother that is deceased is also on the title. Phillip got a hold of his sister-in-law and told her he wanted to sell it. Phillip has very little money and has not worked in over a year. When he contacted his sister-in-law the sister-in-law demanded her share. This made Phillip mad and put the whole thing to a stop. Phillip does not like conflict and therefore wouldn't do anything.

Finally last Thursday my AH called the sister-in-law and asked her what the hold up was. She came up with a billion excuses. Well, last night we found out that they close on the house tomorrow!

The other issue with Philip is that he has not gone to the surgeon for his follow-up. He doesn't want to go as when he went last year after he had surgery on the other foot all the doctor did was look it and tell his it was swollen. When Mark told me this I told him that's what a follow-up appointment is like. So, AH is going to find another doctor to see him. He also has not followed up with physical therapy. He is living in the basement of his house and has already fallen down the stairs twice. He refuses to move upstairs! I want to continue to help him but if he isn't willing to help himself, what can we do? I'm just grateful that the house is sold.

My in-laws continue to be my in-laws! When my AH confronted his dad about yelling at me, he just says  I'm to sensitive. My father-in-law didn't go to the funeral of our former pastor's wife. as he put it, "She's dead so what's the use." He also is not being  realistic about his health and going to different doctors when he feels it's necessary. He only listens to what he feels is important. He has asthma and many allergies and his PCP referred him to a allergist but he's having issues right now so the next time he's having issues he'll go in. We have tried to explain that you can't just make a appointment and expect to be seen that very day. I have learned that the only way I can deal with them is at a distance.

That's my life in a nutshell right now!