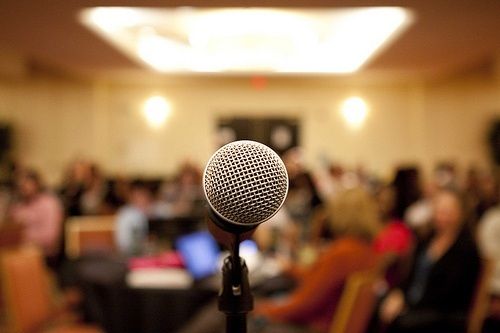 An internet search definition of advocacy is that “advocacy in all its forms seeks to ensure that people, particularly those who are most vulnerable in society, are able to: Have their voice heard on issues that are important to them.”  Nowhere else is this more important than when it comes to our health or the health and well-being of the people we care about.

Last week my husband had surgery on his arm. It was a relatively routine surgery for dialysis patients. The hospital was putting in a fistula. The procedure was a success and he was discharged the same day with some minor bleeding and no noticeable swelling. The next day his arm was a little bigger so we decided to keep an eye on it. Day three he couldn’t feel or move his fingers. The Doctor said to improve blood circulation to the hand by squeezing a ball; it helped. The feeling returned, and for the next 24 hours he was squeezing a ball as often as he could. At the end of those 24 hours, four days since the surgery, the arm & hands began to turn black, they were swollen, and he was bleeding from the incision more than he was on the first day when he was discharged. He called me from dialysis and said they might have to take him to the ER. I rushed over there, and when I arrived he said that the nurses told him it wasn’t as bad as they thought and he should go home and see if it improves by morning.

If you’re reading this, you probably don’t know me very well but alarm bells always go off when someone else is making medical decisions for me or my husband.  I am keenly aware that we are the keeper of the information that should inform medical decisions. How could they adequately determine if this was the right next step without talking to both of us.

My husband is very confident when he speaks but he has short-term memory issues, aphasia, and other cognitive issues which make communicating, and decision-making in stressful situations more complicated. in a stressful situation it is even more difficult for him to figure these things out so we work together. I have a lot of respect for the medical community and I understand that they have to make assumptions based on the information they have at hand. But the most important role I have as a caregiver is THE ADVOCATE.

I am the keeper of his complex medical history. I have the information about his contributing environmental factors. I know what he may have done, been exposed to, or ate within the last 24-48 hours that could guide the decisions that the doctors have to make. It’s an incredible responsibility.

We sat in the parking lot in front of the dialysis center and discussed the progression of his symptoms. We came to our own conclusion that he was trending in the wrong direction and we went directly to the ER. We believe in erring on the side of safety, and in this case it was the absolute right decision.

After 8 hours in the ER, he was diagnosed with a blood clot that was cutting off the circulation to his arm and hand. He will be in the hospital for a week undergoing treatment and then six months as an outpatient.

There are four take-aways from our experience.