The Best Money I Ever Spent!

The Best Money I Ever Spent! 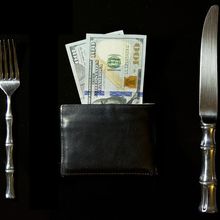 We went to an Elder Law attorney last night. It was the best money I ever spent! She was SO competent and explained all options clearly. We have a modest 401k portfolio that I was concerned about having to spend all of it before Rod would qualify for Medicaid if he needed nursing home care in the future.

Every state has different Medicaid "rules", but she told us things that I was not aware of, like the 401k's are only considered income when you use them and there are many ways to protect that income from being considered for Medicaid. I knew our house was exempted and one car. What I did not know was what was considered assets and that you are allowed to keep  $10,000 each for burial, even if you have prepaid for funeral expenses. Those little things made me feel much better about not being left destitute if Rod needs care we can't afford and needs Medicaid.

I STRONGLY suggest anyone who feels they may need expensive care in the future, to seek Elder Law advice. Go right to National Academy of Elder Law Attorneys to find an elder law attorney in your area. It will be the best money you ever spent for peace of mind. I went in thinking we might need to divorce on paper and left feeling so much better that we would not need that option.