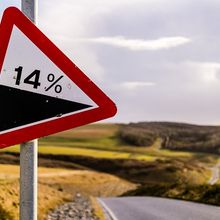 Monday morning and I have come through a day or so of isolating. Our washing machine has been broken for longer than I planned. I ordered the part and I have installed the part. This is a first for me. A friend of the family who repairs appliances asked me the problem and then offered the first and simplest possibility for what I described. He told me what to check to determine if the part was working correctly. It turns out that the old part was worn out. I watched videos on youtube and decided I could do this repair myself.

The part arrived on Saturday. I began taking out the old part and installing the new one. The old saying, "No good deed goes unpunished." fits at this point. I was not able to fully install the new part without unscrewing connecting screws and pulling the washing machine casing back off of the rails. This gave me a great view of the underside of the machine casing. I installed the new part expending a great deal of energy in getting the screws back in properly. I was exhausted. First attempts at repairing anything are difficult. This repair was no exception.

The next and remaining challenge was to get the casing back on the washing machine rails. It must line up perfectly in order to plug in the appropriate plug and screw the top down. This sounds easy. It is difficult. I am working in a small space which increases the margin of error for lining up the shell of the machine with the rails at the bottom of the machine. It proved so difficult that I gave up and am ready, this morning, to tackle the casing one more time.

Tuesday and the day has been a difficult one. My husband is having one day after the other of dizziness and weakness. He has been to the doctor at least twice and the doctor changed the way he takes his medication. The change seemed to make a difference at first but the weakness and dizziness returned and has now become the norm. We went back to the doctor to test urine and blood pressure, etc. Everything looked fine so we all assume it is the FTD creating havoc with his system. He has been on a decline now for several weeks with brief intermissions. I feel so much compassion for him and try to do what he asks of me as much as possible. He said he is sorry I am having to live this way. I told him this is what people do when they love each other. He told me he believes it is the FTD and he has resigned himself to it so it doesn't frustrate him the way it does me.

I don't know what do to with my feelings. I express them and then anger rises up in me. I feel isolated and alone. That feeling is not based on the truth in my life. There are many people who care for both Robert and me. I just don't feel that I want to talk and that is unusual for me. I know the value of sharing but this hurting seems too personal and too deep. The washing machine is a diversion. I just tried and nothing happened so I may have put the part in wrong. It is easy to access and I will get to it tomorrow. At the moment I wonder if I have a urinary tract infection and I just don't want to go toe to toe with an inanimate object tonight. And, it could be the repairman friend was wrong. There may be something else wrong with the machine. It fits all the evidence of what he identified over the phone and what I found on youtube.

A little levity for my conclusion (proving beyond all reasonable doubt that I ain't right in the head.)