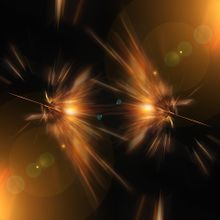 My parents paid for a family trip to Disney World 20 years ago. Sibling made the trip planning pretty impossible. She refused to be flexible about travel dates, about travel plans, about the trip in general. What was meant to be a lovely gesture from my parents turned into a nightmare for them. During the trip, her spouse sat next to my mom at the hotel pool. "Can't you do something about her," he basically begged. "Can't you do something about her?" My mom said she just didn't know what to do.

Honestly, my mom spent years in fear of Sibling. Fear that Sibling would keep the grandchildren away from her.

Sibling had her first major melt-down about 20 years during a family get-together at my parents' home. She brought her own bottle of wine, which she kept cold in a snowbank in the backyard. She spent the visit bouncing from one room to another, bounding out the door to fill her wine glass. She lost it a few hours into the visit, pointing her index fingers and yelling at my sister and I. "And, you two," she screamed.

In tears, she bundled up her three children and nagged her husband and left.

I followed up with an email and phone calls. We had no idea what we had done so I offered to meet with her to work this out. She refused. And, she refused to let us see her children for an extended period of time.

This scenario repeated itself over the years. And, over the years, I've fretted about my nieces. Their mother is obviously in need of help. Sibling isn't an alcoholic but obviously suffers from a mental illness. What could I do to help my nieces? What would help them? I worried that intervening would make the situation worse and that we would never see my nieces again. Instead, I decided to be fully present with them, whenever and as often as I could, without ever saying a negative word about my sister. And, that's what we all did.

After a melt-down that would lead to a long-term shut-out, Sibling would eventually reach out to us and become involved with the family again. When she did, we all simply welcomed her. No questions asked, no recriminations.

Yesterday, Sibling and two of her children, now adults, paid my mom a visit at the nursing home at the same time as my sister. My sister stopped by the house yesterday at about 5:15 p.m. to let me know what happened. I'm unclear about the timeline so am doing my best to recreate.

My mom, as I've mentioned, counts the visits and the phone calls from her family. At some point during yesterday's visit, my mom said to Sibling, who lives an easy 10 minutes from the hospital and the nursing home, "Why didn't you call or visit this week?"

Sibling responded, "Mom, I talked to you every day this week."

Sibling also said, "I didn't knew where you were earlier this week so I couldn't visit."

My sister later wondered, If Sibling spoke to Mom every day, why didn't she know where she was?

(I continue to send regular updates, both email and text messages, to all the siblings. My mom doesn't move without an update from me to everyone.)

At some point during Sibling's visit, the five of them (my mom, my sister, Sibling and her two children) spent time visiting outside in the courtyard. My sister noticed a stain on my mom's pants. Before she knew it, the stain had grown to cover her pants and her shirt. My mom's feeding tube was leaking.

They got my mom back to her room and alerted the nurse. Apparently, at this point, with my mom in the wheelchair, half dressed with a leaking feeding tube, the conversation about visits escalated. Sibling said she had to go. My mom asked her to visit and call. Sibling lost her cool, yelled and left with my nieces.

My mom and my sister couldn't believe they just left without saying good-bye. My sister left to find them and located them in the nursing home lobby. She called to them and asked my nieces to go back up and say good-bye.

And, then the explosion happened. After my nieces returned to see my mom, Sibling told my sister that "she's done." Apparently, my brother and I gang up on her, we treat her terribly. (We don't. We disagreed with her decision to transfer our mom to another facility and told her so, as we should have.) She began sobbing hysterically. My sister told her, "We all get our feelings hurt. You have to get over it."

(When my mom was hospitalized on July 11, Sibling called me from the emergency room screaming that I didn't let her know where I was (I was staying with my sister's teenagers while she went away for the weekend with her husband) and that she had to leave a birthday party to meet our parents in the ER. She continued to scream at me and wouldn't give me an update on how my mom was doing until I apologized. When I saw Sibling the next day, I just moved on, not making any mention of how she had berated me the night before. During that phone call from the ER, Sibling also told me that my mom was having a "temper tantrum," which is why she went to the ER. She later called my dad and harassed him about giving my mom baby aspirin, which seemed to be the cause of my mom's bleeding ulcers. I never blamed my dad--he had enough guilt and worry. I couldn't imagine adding to it.)

Sibling continued to sob, exclaiming she's had to start therapy because of all that's happened. "No one ever thanks me," she cried. "And no one called to check up on me after the disagreement over whether or not Mom should go to the university hospital."

My sister finally ended the conversation with Sibling, who had to leave to get her hair cut (!!), and returned to my mom's room. On her way, my sister apologized to the receptionist for the scene which just occurred in the lobby. "Don't worry," the receptionist said, "You wouldn't believe what I see."

When my sister arrived back in my mom's room, the conversation about whether or not Sibling called my mom continued with my nieces. And, unfortunately, my oldest niece lashed out at my mom that my mom had confused the days and was inappropriately accusing her mom of lying. At one point, my mom said, "Get me my phone." My mom has an iPhone, which tracks her incoming and outcoming phone calls. My sister didn't, worried that the truth would really escalate the situation.

My nieces finally left with the words of my mom, "Please call and visit me," following them out the room.

Again, all this commotion occurred as my mom sat half-dressed in her wheelchair with a leaking feeding tube as a nurse attended to her.

After my sister told me the story and left to go home, I went back to the nursing home to see my mom. I just couldn't imagine how she felt--the drama, the lies, the cutting words from a grandchild. I stayed for about an hour to visit with her; we spoke about what happened. She said she wants to let it go, that we should just move on. She asked that I not tell my dad, which I didn't. She didn't cry, she didn't start a pity party. She was calm and pleasant. My mom can be pissy but honestly she really knows how to rise above.

During my visit, I checked my mom's iPhone, knowing what I would find but wanted to see for my own peace of mind.

Sibling visited my mom for an hour last Saturday. My mom called Sibling twice on Wednesday, twice on Thursday. These phone calls lasted a total number of six minutes because my mom simply left voice mail messages for most of these calls.

My sister never called her.

My mom will have to return to the hospital on Monday for an outpatient (fingers crossed) procedure to fix the feeding tube. She actually had her feeding tube replaced on Wednesday, which had delayed her discharge to Thursday. Her insurance wanted her to stay overnight after the feeding tube was inserted to make sure she would be okay in the nursing home. When she arrived Thursday night, all was well with the feeding tube. On Friday, it wasn't.

But we have a break beginning today. Sibling left with my nieces for a vacation in Michigan.

I have two comments_mysql:\n1. SIGH\n2. You are so wise. \nPraying for a peaceful week for all of you.

<a href='http://www.caregiving.com/members/denise/' rel=\"nofollow\">@denise</a>, I am exhausted just reading this. Oy vey, the drama. I admire your strength and resolve -- it takes an incredible amount of discipline to resist the urge to engage when someone starts spewing hysteria-infused lies and hurtful words. But resist the urge we must because nothing will come of it. Nothing good anyway, nothing productive. We can't change them; we can only bite our tongues. So sad to think of your nieces being raised in such a toxic environment.

Sorry for your mom and you ...it's hard to deal with other problems ...when dealing with caregiving ...especially family ones. Stay strong you're doing a great job.

Oh gosh! My heart hurts for your mom. Thank you for sharing Denise.