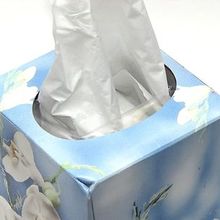 The latest visitor to our home was the Flu. I think it was the "big" one that everyone was talking about that swept the country. I got it on a Monday afternoon, promptly went to my room, after being outside most of the day and sequestered myself until my Awesome Hubby came home so he could notify Grandma that I was not to be bothered since I was sick! I was in bed with all my water bottles, crackers and cashews for three days straight. I had my IPad for movies :) My Grandma couldn't stay away and would knock then enter my germy room with a tray full of food that I couldn't possibly eat nor want! I would gently remind her not to come in because I don't want her exposed. We don't share a bathroom with Grandma so I had felt pretty confident we could help her avoid the Flu until she exposed herself!

Sunday, after I was better, Grandma admitted she was sick. Her head hurt, she was feeling miserable, but didn't go to bed early. For the next two weeks she had the horrible, rattling cough, wheezing, fever with chills and was miserable. She only laid down during the day once but continued on as "normal" sitting in her chair sleeping off and on, and holding her head in her hand. I supplied her with pain meds, cough drops, cough suppressant meds but she resisted taking them regularly! During this time, she continued to handle the clean dishes and tried to make my lunches. I finally sat with her and explained that we wanted her to rest, not handle any food or clean dishes and that she should cover her mouth when she coughs then wash her hands. She was not compliant. After the 7th day of her being sick and not getting better, I asked her about seeing her doctor since her breathing was so labored and she continued to have fever. She said she would just wait it out, she was getting better . . . I then notified her son and some family that I felt she should be seen for possibly pneumonia but that her wishes were that she was not going to see a doctor. Her son called her on the phone to check on her and then used FaceTime to check in with her to really see her and how she was doing. Now after 2.5 weeks, Grandma is getting better with much less coughing. She still is flushed looking and doesn't feel good, she says she feels Blah! She mostly eats soup, but she eats pretty good portions. She says nothing tastes good to her except that she the meatloaf and scalloped potatoes I made on Sunday!

I think we've survived the worst of the Flu! Awesome Hubby got a very light version of the Flu right after me but he had a Flu shot :) LivingRoom Son hasn't gotten it at all but he has only been home late at night and for breakfast. Nursey Sister and I are willing to let Grandma choose her path through her sickness but feel it isn't fair that Grandma chooses to neglect proper hygiene possibly reinfecting/infecting others like the hairdresser who comes to the home. I did have to stand up to Grandma in those instances telling her that she could NOT have the hairdresser come NOR could she let the hairdresser take her to the shop for a perm which was scheduled during her sickness!

This is the stoic, stubborn attitude I deal with every day. I am very tired, maybe the flu took more out of me than I realized or emotionally this has been difficult. Doesn't matter, I have to be on my game and figure out how to make this comittment work for us and for Grandma. I am grateful for the encouragment I have in this support group and know that I haven't even scratched the surface of Caregiving that most of you go through every day. I know that I will look at my blogs and have a chronicle of events, emotions and experiences that will show that I perservered with no regrets! That's my motto, "No regrets!"

I totally understand!My 81 father-in-law who has asthma has been coughing a cough that is real deep and rattles. My husband has asked his father if he has gone to the doctor and he has said no I'm better. Meanwhile this cough has not gotten any better. My father-in-law is a very strong German man who is also very stubborn!

Hi, EG -- Kudos to you for standing up to Grandma with respect to the hairdresser! Sounds as though the household has been living under siege for the past 2-1/2 weeks. It's stressful living in an environment that you know is unhygienic -- all the more so when you're recovering from illness, yourself!\r\n\r\nThat stubbornness is tough to deal with; it forces us to live with we-really-do-know-better compromises. As my partner puts it, \"Our stubbornness is what's kept us alive,\" so I use that as consolation in my battles here. :-) Keep persevering!