The Gift I Now Give Myself: Acceptance

The Gift I Now Give Myself: Acceptance 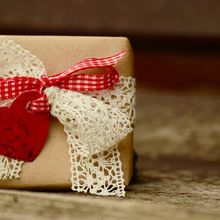 My brother, who was 19 months older than me, was born mentally challenged. My brother lived with my parents, had been married once (his wife was also mentally challenged), no children but for the most part was physically able to fend for himself. He was mentally challenged, not physically. He managed his own laundry, spent hours downtown where his friends were, joined the local church (until he went off his meds for schizophrenia and then they asked him to leave) and after Mom had her stroke he cooked meals for himself. Okay, by cook I mean mostly microwaved dinners and KD but still that wasn't too bad considering.

About a year after mom died, Dad's health worsened to where he spent many days and weeks on and off in hospital and a respite care home. Clay lived in the family home with my help (visiting, doing the groceries etc). My dad and my brother became each other's side kick. Dad would turn on the kettle and Clay would make the tea. I usually made meals on Sundays which would last for the week -- they just needed to heat them up. In September 2011, while Dad was in respite care, Clayton stayed in his room and never came out during one of my visits. I figured he was watching TV so I puttered around cleaning and such for a bit before I went to check on him. I found Clay gasping for air, skin was grey and he was obviously in distress. He was rushed to the hospital and placed into ICU.

For the next few weeks I had Dad in ICU in one hospital 25 minutes from where Clay laid in ICU in another. The lack of understanding surrounding my brother's mental state became such an issue. I had explained numerous times that although my father was Clayton's guardian, Dad was in ICU in Hamilton and that I needed them to speak with me about my brother's health. They refused. They would talk directly with Clayton and he wouldn't be able to explain to me what they had told him. I had no idea what they found, why he had been found grey, what was going on. No matter how I fought to explain the situation, no one was listening. I get the ramifications legally BUT they could have easily checked into what I was saying about my dad. Or at least something could have/should have been investigated. Like c'mon! Explaining to a mentally challenged person your medical findings is absurd! When the hospital was ready to release Clay, they called a meeting. My husband and I attended, my dad, the manager from my dad's respite home, the hospital administrator, their support worker and my brother's worker from Mental Health were all there. They went on to tell us that my brother's health was now at a point where he could no longer live alone and that he was either to come home with me or I needed to find him a group home. A WHAT!!!! I was floored. You pull me into a meeting and blindside me with this? After all these weeks of me begging for someone to explain to me what they found? Wow.

So, instead of working with me prior to this meeting, they slap me and give me under a week to find a suitable place for Clay. I didn't have a clue where to begin looking for a group home for a 50-year-old mentally challenged adult who needed daily medical supervision. My father was crushed. I was angry. I hadn't seen how bad my brother's health had become nor had I EVER expected to be standing in the position of needing to find him a group home. I was caring for him due to his mental state -- I didn't know his physical was breaking. Sure he had bouts of bronchitis that I tended to, had had a blood clot which required daily shots for a few weeks to break up and I knew he had COPD but he was using his puffers. I made sure he took his pills for his schizophrenia, took him to appointments, watched his diabetes, I made sure he was eating, I gave him duties such as doing everyone's laundry and feeding the dog to keep him engaged and involved. I didn't realize he wouldn't be able to move into an apt by himself.

Not until that day in September.

I found my brother a home, which we moved him into middle of October. In November my father passed away. Then, on Boxing Day, my brother collapsed once again -- this time they couldn't save him.

For a long time afterward, my inner voice yelled at me. And I beat myself up. Even after the coroner called me and explained that Clayton could not have been saved no matter how hard I tried, I still only accepted half of his words as fact.  I still had the "but what if I had of..." moments. I still blamed me.

It has been almost four years now. I still have emotional moments. I still wonder sometimes if I did enough but reality is, I could not have saved him -- any of them. I know this now, and I accept it. Sad things happened which I wish never had, but they did. I now spend my days with a deeper appreciation of the struggles that people go through in life. I understand how difficult it is to be a family caregiver. I know how impossible some of the moments can be when caring for more than one person. I know of the guilt. I know how hard on the heart it is to live through the journey. And I grasp the meaning of emptiness once the journey ends. It is hard -- all of that, so very hard. I honestly can not say that it gets easier. But I can say it changes. They never leave my heart, and I think of them often, especially during holidays but I find myself laughing more when they come to mind. I can remember funny times and share them with a smile. And sometimes I can not. Sometimes, I cry at a memory.

The gift I now give myself is acceptance -- I accept how I feel when the memory hits. I do not try and hide the emotion, I let them flow -- whether I laugh or I cry it is all good to me. It is real -- I went through a lot to get to where I am today. I have scars, I have memories.

I accept them all.

Kathy, thank you for telling Clay's story. While reading your other posts I picked up bits and pieces of his story, but always wondered what happened. I'm so glad to hear Clay lived the life he did, despite his mental challenges. Experiencing so much and being able to take care of himself for so long was a blessing and a testament to the person he must have been: A fighter. Don't get caught up in the \"if I coulda/woulda/shoulda.\" You did so much for your father and brother all while doing for your family. You're amazing.

I have walked your path with a handicapped son (mental and physical) who died several years ago many thousand miles from me. After he died I was swimming off the Hawaiian Islands when a young turtle surfaced next to me, swimming with me for a long time and saying that everything was okay and he was off on a new adventure and I should let him go. I had a similar experience after my first wife died and came back to set me free. \r\nI have gone on and now I face new challenges as a caregiver my sweet Elsie, who is transitioning to Hospice. My life today is built on the bedrock of previous experiences. And once more I will find acceptance and the means to move on.

Wow.\r\n\r\nI have my moments -- caring for my disabled adult son at home as a single parent, and trying to get my mother successfully through Occupational, Physical and Speech therapies so she can go back to Assisted Living because I'm not yet ready (the house is, rather) to bring here -- where I feel oh-so sorry for myself. I mean, I do remember that others HAVE had it worse than I and DO NOW have it worse than I. But knowing that doesn't make the tasks easier.\r\n\r\nI feel for you, KathyS...you and your husband. There are few things that can tear apart a marriage more cruelly than the responsibilities, emotions and pains of caregiving.\r\n\r\nThank you for so eloquently sharing your experience, and for helping me to see, if only a little bit, how blessed I am.