The Gift That Keeps on Giving

The Gift That Keeps on Giving

0
My daughter looks at me with a quizzical expression. "Don't you want the Windex, Mom? This is OxiClean."

"Oh yeah. They're both blue. I just grabbed the first blue thing," I said. She nods.

I would have figured it out eventually, I swear! I wasn't paying attention. I know the difference, and I just wasn't reading the label!

What a curious legacy, this dementia business. My great-grandmother had it pretty bad, but it skipped my grandmother. Now my mother has it. Will I be lucky and see the Genetic Wheel of Fortune pass me by, or roll the snake eyes with my future unequivocally behind that curtain?

When I first went into menopause, (a.k.a. Estrogen Free Zone) I was in my early 50's and it felt like my brain took a hike. Memory loss, confusion, unclear thinking, names disappearing in the mist. I couldn't remember things I had done mere minutes before. I didn't cause an auto accident, but I just wasn't getting caught after doing some crazy di-do thing that made sense at the moment, and afterward left me grieving and feeling guilty. So much confused thinking; I wasn't absent minded as much as thinking "wrong" and the result was warped! It felt sudden and very unnerving. But after a while, I got used to it and it ceased to bother me. It's just being weird and old, I'd say. That was years before my mom's dementia issues surfaced and the possibility of early-onset Alzheimer's Disease crouched in my brain like a tiger ready to strike. Of course, "Still Alice" doesn't help much.

So now if I make a mistake, everyone says, "Hmmmmm." Can it be normal human foibles, aging, stress, caregiver overload, Gingko pickers on strike, staying up too late watching all five seasons of Downton Abbey or is it The Big A? I can just imagine my children texting each other, "I think Mom is losing her edge." "She used to be so on top of it, now she's really slipping. I wonder....."

I wonder to myself, I'm doubting myself, with the crucifix in one hand and the string of garlic in the other. "NO! NO! NO! I won't have it! I refuse! 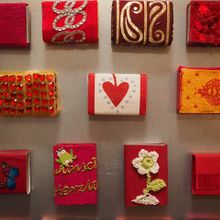 Actually my favorite part of this entire post is the Gingko picker's strike. I think it went completely under the radar.

Ohhhh! I have the same feelings about cancer. :( Will I get that, too?\r\n\r\nThese worries are just awful. \r\n\r\nI love that you wrote about this. Made me feel better knowing I'm not the only one who frets about what could be coming. \r\n\r\nCould I borrow some garlic?

I have those same worries myself!! And those moments make you stop and wonder what the heck was I thinking? I've been through Menopause, I think, but I can still use it as an excuse, right? Thank you for sharing Jan!

Menopause, it's like a get out of jail free card! :) <a href='http://www.caregiving.com/members/janshriver/' rel=\"nofollow\">@janshriver</a> you are a gifted and witty writer and I hope you will continue to favor us with your blog posts for a long time to come!

Oh, I know how feel, Jan! I have those same fears every time I make a mistake. I'm just going into menopause nowadays (peri-menopause) - it's nice to know I'll at least have that to blame it on for awhile.