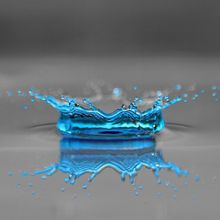 To everything there is a season, and a time to every purpose under heaven. Ecclesiastes 3:3


I'd seen her on Sunday, asleep on a pile of laundry in the basement, but she failed to show up for morning milk on Monday. Butterscotch, Bonnie's orange cat who still lives with us even though his owner has married and moved, jumped up onto the table and lapped up the milk.
"Did Sugar sleep late this morning and leave all the milk to you?" I asked the cat. He gave me a mournful meow. I patted him on the top of his head and chucked him under his furry chin, in a hurry to get Ron's breakfast and medications doled out before I headed off to work. I wasn't worried; Sugar was an adventurous little cat, often exploring boxes in the basement and too busy playing to come for meals.

But she did not show up the next morning, either. Gently, I suggested to Allen that we look around for her. Perhaps she had gotten trapped in a box of Christmas garland and couldn't get out. He gave it a half-hearted attempt, going down the basement steps and calling her name for a few minutes. He came back up and shrugged. "She's not answering me," he said.

I began to worry, not only about our missing cat but about her owner, my son who lives on the upper edges of the ASD spectrum and has a difficult time processing emotions. Often, the reality of the world is incomprehensible to him. How could I tell him I feared his cat had died?

Butterscotch kept up his mournful morning meow while devouring the bowl of milk, and I tried to suggest to Allen that Sugar might not be coming back. By Wednesday, my son convinced himself that Sugar had somehow gotten out of the house. With the influx of medical personnel who cared for my husband while I was at work, it was a possibility. We began to search in the bushes and under the deck, shaking a bag of her favorite treats to tempt her out. We left food and water outside, just in case.

There was still no Sugar on Thursday, and I did a little Google searching on the habits of cats. I was comforted to know that cats have no knowledge, and therefore no fear, of death. If, as I suspected, Sugar was now over the Rainbow Bridge with my little Cocker spaniel, Taffy, she was happy and content. There was nothing I could do for her. My job would be moving Allen past the loss of his beloved pet.

Like others on the ASD spectrum, Allen finds social situations stressful. He has only a few friends, and comes home from work each day exhausted from functioning in an environment he only partly understands. His cat, Sugar, has been his companion into adulthood, serving as his confidante. If he had a tough day, Sugar could be counted on to simply curl up on his lap. Patiently, she tried to learn the tricks he thought she should know. She, unlike humans in his life, simply accepted him for who he was.

Friday there was still no sign of Sugar, but I had managed to help Allen accept three possibilities: she was hiding in the basement and only came out for food and water at night, she had fallen asleep in the basement and passed quietly away, or she had gotten out of the house and gone to join the alley cats at the fire house. The last possibility was Allen's suggestion.

On Saturday, armed with flashlights, he agreed we should conduct a full-out search. And it did not take long to find her, huddled around the heater in a dark corner of the basement. Sadly, we wrapped her in a quilt and put her in a plastic box. I carried the box to the back deck and weighted the top down with bricks.

I took a deep breath and asked Allen what he wanted to do. Bury her? Cremate her?

But Allen was still holding out slim hope. "I don't think that's Sugar," he said. "I think it's another cat who took her place."

What I wanted was to have someone else handle this, but since that never works out, I called the Royal Pet Crematorium, the place that had helped me deal with Taffy's loss. I arranged to bring her down on Sunday and carried the box to my car.

Around 9 PM Saturday night, I was attempting to read--but continually thinking about the little cat that had been our friend for so long--when Allen crept quietly into the room and sat down beside me.

"And a little cylinder with some ashes, like you have for Taffy."

He buried his head into my shoulder. "She was a good cat," he said.