The Last Days of My Caregiving Experience

The Last Days of My Caregiving Experience 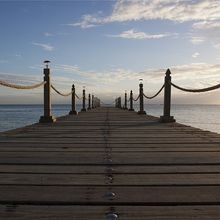 Hospice is a wonderful service. It gave my sister-in-law time without the hospitals poking and prodding her when there was nothing left to be done. She got the right amount of care she needed at this time. She got baths three time a week where previously it was near impossible to get her to bathe. When they were coming special she did it and I'm so grateful. They didn't treat her at all as if she were dying. They treated a living patient and worked with us giving all she needed with the exception of two medications ( fault of the 'system' not them ). They were quick to order anything she may need and suggest things to help.with her care.

What I didn't know and what even her hospice nurses didn't know was violently throwing themselves on the floor is a sign they may pass soon. Her nurses were relatively inexperienced and they had no idea. It wasn't until the weekend when a nurse came who had experience in nursing homes said some people tend to do that. No matter how safely and comfortable you have them, they will find a way. This is something I wish I had known so I wanted to share that because it was so distressing and shocking, especially since the last few times she hurt herself. Perhaps I would have put her in bed sooner, but probably not. If she wanted up I helped her up. She stood up and walked to her commode only two days prior.

I was spoon feeding her awhile, but she began to refuse even that. I gave her appetite stimulant but it didn't work.

It went extremely quickly. I didn't go to school Wednesday, nothing alarming was happening just didn't feel right. Thursday she saw her regular nurse, but she was still eating. I had just decided to mostly keep her in bed because she'd taken a stage dive on her face and cut her arm. The nurse said we had to keep her in bed for her own safety but it was fine because she was never ever left alone. Nurse had no idea it was this close, we were both thinking a month maybe.

Friday was quiet. I even left the house a few hours. I was concerned, I knew SIL was not going to rebound like she had before. I was thinking about texting her best friend and her daughter but hadn't done so yet. Then they texted me! I told them they should come by Saturday. My SIL came back once before when they came, when it was very nearly this bad. I was worried about how it would affect them. Sometimes it's better to remember people when they were better and SIL was funny about having even them see her. Most times she didn't even let me call them when she was in the hospital. But I thought there was a shot. They had stopped texting so much and honestly I didn't think about texting them. I'd told them previously to ask anytime they wanted an update to let me know.

On Saturday they both came by, sat with her awhile. She was calm and breathing normally but not alert. In the morning I'd gotten her dressed and she was answering some, but it had taken quite awhile to give her her medicine and longer still to get a bottle of Ensure into her and only a few bites of her fruit oatmeal. By that night she was still not responding a whole lot and by midnight I called in hospice because I wasn't able to read her blood pressure.They came out at 2 a.m. and got it--it was on the low side of normal. This was the nurse who told me about the falling, how she'd seen it many times.

Sunday was bath day, they gave her a bed bath. She was still alert enough to tell them to stop, but we did it quickly and were able to change sheets and get her looking nice. She was breathing fine but by midnight her breathing changed. I called hospice but weekend team are different people and he advised she had time and all they would give was Ativan. Dismissive. Believe me I called supervisor and case worker on that idiot.

By Monday morning her breathing was labored, they came and brought BPAP machine and suction. Something that should have been done the day before except for idiot weekend people. Around noon we realized it was her Mom's birthday and we knew it would be that day. She still seemed pretty steady but we knew. Her friend's daughter had been trained to do suction and it seemed to work a bit. I took my nap and the rest I shared in previous blog. Had no idea it would be so quick! Honestly I'd seen others last weeks like this.

Afterword when they took the body away and the kids came home another weird occurrence. A bunny we've had for four years inside, our family pet, we found also passed away. He was fine in the morning. We passed his cage all day and everyone loved him, including SIL who always used to make sure he had fresh veggies. We realized we'd gotten the bunny just before she moved in with us all those years ago. Just plain weird.

I found out today, the ONE day I wasn't there for the nurse, she had the nurse take a picture of her with the nurse to remember her by. It happened around two weeks ago. She told her nurse she thought she would be going soon. The nurse said, "No, silly, you will be around awhile!" My SIL said she didn't want to tell us to worry us, but she thought it was almost time! OMG first of all, she allowed and even ASKED to get her picture taken? I haven't been able to take a picture of her in YEARS. Secondly she was lucid enough to even HAVE that conversation? This was during the time she was just hallucinating and saying odd things and yelling for me to do stuff RIGHT NOW. Amazing. Even more amazing the nurse told me a just today when it's been a little less hectic. I kinda wondered why she hadn't called or texted yet because we'd grown close these past few months.

So far I don't know what I feel except overwhelmingly tired. I am remembering how she was before the EXTREME part, the SIL how she had been, walking her dogs. The one who used to say, "Don't worry, I'm a big girl, I can handle this." These past few months I've had sort of a mental block, couldn't remember SIL regular. Yes, what she did daily and stuff, but not the REAL her. It's flooding back and it's so nice. I've missed her for months. lol even the pain-in-the-butt parts. :)

I know I did the best I could, even the last thing she ate was her most favorite thing, a mango smoothie her best friend brought. She lived three years AFTER the six months they originally gave her. I know I gave her everything I could, spoiled her even! I know she never got this treatment any other time in her life, she could relax and do what she wanted until the extreme part, and even then as long as it didn't hurt her. I am glad she's not in pain. I'm glad it was us who took care of her and not anyone else.

Thanks for the read and allowing me to vent!

It helps so much to know I can pass on information. I was shocked by the falling thing, I never read that anywhere!

I am so incredibly touched by your post. I hope everyone has someone like you to take care of them as they make their final transition.

<a href='http://www.caregiving.com/members/denise/' rel=\"nofollow\">@denise</a> we are all okay. Idk, we've been like a shaken soda ready to explode for over 3 years now...is it going to happen, when is it going to happen, how will it happen....so now we're like, okay it happend, we just feel kind of Normal. Is that weird? She was in and out of the hospital over the years LITERALLY at least 30 times. Nearly every time she went she was admitted so it was always for something serious. A year after liver diagnosis she had the breast cancer and those surgeries mastectomys and then the skin expanders then the implants. It's been GO for all that time. We are having services on April 25 to give people time to travel and because we wanted a Saturday because I want people there for her. We will have a celebration of life following. She so enjoyed the family game night we had I needed to do this for her. Even though her family wasn't really there much I'm including everybody. They are seeming to step up and are working togeather to get her ashes to Alaska as she wanted and the siblings all have to sign papers because they are equally her next of kin. There was so much crazy when their mother passed that I'm letting everyone have a say, and for once they are abiding by SIL wishes. I just start with \"it was your sister, these are her wishes, what do YOU think?\" Seems to work so far. If they start being dumb I will just ignore them. We did the important part, what REALLY matterd. Hopefully they behave. Hubby gets a little upset because he feels I let them off the hook for everything, but Really the past is the past. I just hope for them they can do this last bit right.

Thanks for sharing. Yes, it is a blessing when the memories \"minus the disease state\" return.

I'm so sorry for your loss. I can relate to not remembering what they were like before, you spend so much time with sick/frail version of your caree that it's hard to remember a time before. Praying you and your family find peace and comfort. We're here for you.