The Long and Winding Road

The Long and Winding Road

Penny
This is the next installment in the story about my sister and I sharing care of my dad. I took care of all his physical and medical needs, finances, tax preparation, bill-paying, house maintenance and housework, and my sister signed the checks.

I was living with my dad when he fell at home. Being with him was very sad and anxiety-producing, as he tottered around and you knew he was going to fall, it was just a matter of time. But it happened in his own house, when my sister had requested that he be placed in a facility full-time because that would be safer. So now in addition to feeling awful about his pain and discomfort, I was also feeling responsible for not acting sooner to get him out of the house. I just wasn't ready to let him go, I still wanted to be the one to care for him.

I alone did everything it took to prepare him for his facility stay, which was extensive and complicated. On the morning of his transfer, my sister came to help move. She greeted me with, "I admit I'm stressed. Are you stressed? I bet you're stressed." "Yes, I'm stressed," I said. "Do you want to talk about it?" "No," she said, "It's just beating a dead horse." So what dead horse was she talking about? The dead horse that I didn't listen to her? I guess we'll never know because she won't talk about it. What in the world could she be upset about now? She got what she wanted, his being placed in a facility.

We moved Dad into his room and then decided we should go back home and get his dresser for extra storage. When we got to the house, she refused any help to lift the dresser. She insisted on dragging it all through the house by herself, creasing the carpet.  She did accept help in lifting it into the van. When we got to the facility she refused to wait for anyone to bring a dolly or help carry the dresser. She insisted on doing it alone down all the winding hallways to his room. This was Jesus on the Road to Golgotha, my sister carrying her cross, dragging the dresser down the weary road of sadness and sorrow, doing her "bit". When she got to the room, she shoved it in the door and said, "I'm done. You can stick it where you want it."

After everything was done, I asked her, "How are you doing?" She said, "I feel like I'm clinging to the hem of Jesus cloak, for faith". I said, "We've done everything we can do. Now we have to let go."

A few days later she indicated she had been up since 2 in the morning, unable to sleep for trying to come up with A Plan. When she said this, I did a double-take, rudely, I imagine. I said, "We don't need a plan. We have a plan. THIS is the plan."

A few days after that, and after seeing the actual care he was getting in the facility, she hired a private duty nurse for him for three days a week, since most of the care we thought was going to happen at the facility didn't happen. At this point I got up the guts to say, "I want to bring him home. I can do better than all this." Behind my back, she increased the private duty nurse to five, then seven days a week, never consulting with me. But she was furious, indignant, that I told the facility staff that I wanted to bring him home if I could make the house safe for him. She said we should be SHARING the decisions about our dad. This from the person who hasn't been with my dad for more than a few hours at a time since last October, because she "can't take it".  Now bringing him home sounds like a good idea to her.

After all this time, it's a Day Late and a Dollar Short, Too Much Too Little Too Late, and every other cliche I can think of. 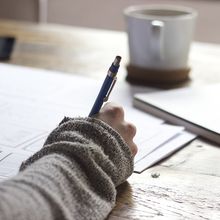 There's a reason why Medicare's five star rating system for nursing homes includes the following measure: % of long-stay residents experiencing one or more falls with major injury. Best of luck in finding the right solution for your father. I like Mar's suggestion of hiring a private duty nurse to help out at home.

Penny, I echo the sentiments that falls happen in nursing homes too despite all precautions. You can be inches away and not be able to stop the fall.\n\nIt's difficult and sad that your relationship as sisters is changing -- I know that you both want what is best for your Dad.\n\nIt seems to me that if your sister is willing to spend the resources for the private duty nurse, that would be a great help to you if you decide to bring your Dad home.\n\nSo hard to have the responsibility without any of the decision making --\n\nPlease keep us posted as you're able --

Penny, as I'm reading your blog all I could think about was the number of times my mother-in-law fell while she was in the nursing home following a stroke. Then years later they let her fall out of her geriatric wheel chair 2xs during a brief stay. It's really sad when you find out the level of care at many places isn't what you would expect... even the high end pricy places. that being said, We did have good experience with my mom's home, but she wasn't a fall risk. So sorry you are going through all this with your sister. Sounds like she gets a+ for martyr.