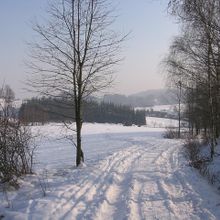 I know that February  is supposed to be a short month but it has been a VERY long month for me.

It started with me being sick with the flu. It started with me sneezing and coughing on January 29th when I was with my Tuesday, Thursday, Friday afternoon client. This was on a Thursday and when his son got home from work his dad (my client) asked his son how he was and he said much better. I said, "oh you have been sick" and he said yea I was really sick over the weekend with the flu. I didn't see him on Tuesday as he was not home when I left.

When I woke up in the middle of night with the flu I realized that I had most gotten it from him. I took Friday off and on Saturday still feeling like crap I texted  the son saying I had the flu and I would have appreciated being told that he had been sick so I could have gotten something to prevent it. I got a very nasty message from his wife telling me  that I had not gotten it from her husband and that they had had the house totally cleaned and the house was germ free. I had to take the whole week off from all of my clients which really sucked as I felt I was letting people down. Every time I texted the son saying I was sick he never got back with me. Oh, there were also issues with the dog who I was supposed to train that's a whole another story!

Well, I finally decided that I was done with this family as their had been other issues and they had no idea how to work with someone with dementia and would NOT listen to me. I texted the son letting him of my decision and he did text me back acting surprised that I was leaving. Me being me, I felt guilty just quitting and texted  him back saying I could stay and never heard back from him. Well I went over to the house as usual on Tuesday. The other caregiver was there (she's another story--not a good one!) and we talked about the morning. All of sudden the daughter-in-law showed up and said we need to talk. We sat down and the first thing she said to me was that I'm not to contact her husband from now on and only her. She told me that I had upset her husband when I accused him of getting me sick. She then went on to tell me that basically I didn't know what I was doing. Whenever I brought things up that I had learned she told me that I was wrong and they were right. I said that  I think we needed to part ways and she said yes. I told her that that would be last day and she said that that would be okay as they had already found someone else. I left at 4:30, left my bill on the kitchen counter and then left. I also didn't charge them for that day. Well two weeks later I have gotten paid. I texted the daughter-in-law on Monday and she texted me back on Tuesday saying that her husband would be taking care of it. Well today is Thursday and I still have yet to receive a check. If I haven't gotten a check on Saturday I will be texting her back.

I was just getting my schedule readjusted and on Sunday night I got a call  from Karen who is a a very good friend of ours. I also took care of her dad. She went over Sunday afternoon with his groceries and he had passed away, He was my Tuesday and Thursday morning client. This broke my heart as I adored her father. He could drive me crazy but I loved him!!! He was also my longest client as I had had him for three years. Karen has also worked with my husband for 25+ years and they are like sister and brother. On Wednesday I got a copy of his obit; I was listed in it as a caregiver/friend. This really touched me. The service is next Saturday at 1.

Then yesterday I went to visit my client who moved at the beginning of  February to assisted living. She is very unhappy and her son is already talking about taking her home. She lived with him for the last sven years and things had come to a point where he just couldn't give her the care she needs. He is a huge push-over and gives in to her. He is also a very brittle diabetic and does not take care of himself. I told him yesterday that he needs to be firm with her and to not give in.This did not make him happy.  The only sliver lining is that her big sister is moving in with her on Monday and I'm hoping that will help.

Then my husband gets a phone call about a bump he has on his wrist that he has had there for three weeks.He was working on his car  and cut himself and then the bump showed up. He had it x-rayed and our doctor wants him to go to a hand surgeon to look at it. So. tomorrow at 9 guess where we will be--the hand surgeon!! Like I said this has been a VERY LONG MONTH!!!!