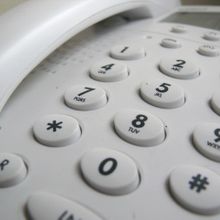 A couple of nights ago, I'd just nodded off when I was jolted awake by someone hollering. It was Grandma, whom I found sitting on her bedroom floor, rubbing her tailbone and saying "ow, owie, ow" . She'd fallen and couldn't get up on her own. I asked if she wanted my arm to lean on, to get up. No, she wanted me to call 911. Which I did. It was about 9:30 pm. Five or six brawny EMTs loaded her into the ambulance, and my daughter and I followed in the car. (Daughter, knowing that my night vision is the pits, volunteered to drive,  God bless her). The ER doc ordered x-rays, which revealed... nothing. And a CT scan, which revealed... nothing. They looked her over, gave her a Tylenol, and sent us home. It was 2 a.m.

Next day, Grandma called her pain doc, and managed to get a same-day appointment. She did this herself, getting up out of bed, getting dressed, making some coffee, making the phone call. All before I could even wake up, having gotten maybe 3 1/2 hours of sleep the night before. I looked, and felt, like a zombie. But she was pretty much her normal self. Cute dress, lipstick. Bright and cheery.

I drove her to the pain doc, as usual leaving home almost an hour ahead of time. And sat in the waiting room for another hour, trying my damnedest to remain awake. Pain doc looks her over, can't figure out what the problem is, so orders an MRI. That's set for next week.

And if I was a gambler, I'd bet real money that, again, nothing will show up.

I know that when an elder falls, it's not good. But I also know that my sweet, loveable Grandma is somewhat of a drama queen. (Every headache is a stroke, every upset tummy is stomach cancer. You get the picture.) I know that EVERY SINGLE  TIME she has asked me to call 911, it's turned out like this. Endless hours in ER, in doctor's waiting rooms, driving from one specialist to the next. And ending with, "Take some Tylenol and take it easy for a few days." It's when she doesn't ask me to make the call, when she's not sitting there going "ow, ow", but is obviously in real trouble... when I make that call, that's when it actually matters. It's not just her own personal episode of one of those medical TV shows she  loves so much.

Sometimes I really want to scream, to tear my head bald, to just yell, "No more!!!!".

You write about something I think is so important--the impact on us! I think that's one of my biggest frustrations--that these decisions impact us greatly and the impact on us is often overlooked. :( \r\n\r\nI hope this week brings an impact that only benefits and takes care of you. \r\n\r\nThanks so much for keeping us posted.

I bet that is really frustrating. I'll count my blessings that I don't have to deal with that. I pray you get all caught up on your sleep and everything turns out well with the MRI.

Sooo frustrating! This is exactly how it is with my dad!! You want to just ignore their requests for trips to the doctor, knowing it's likely to be more of your time wasted... But the \"What If\" looms in your mind, THIS could be the one time it actually is real. Frustrating! You're a good granddaughter to stick it out with her :)