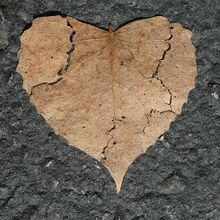 My mom fell on Sunday morning at 7:30 a.m. My dad called me at 7:40 a.m., casually asking what I had going on during the day. "I have a training today," I explained, biting my tongue when I wanted to say, "Remember? I have a training."

"What time does that start," he asked.

"When did she fall?"

When I arrived, my mom was sitting up on floor. A gash above the goose egg above her eye was bleeding and my dad had piled up wash clothes with blood on them on the table. I suggested she go the ER. "I'm concerned you have an internal contusion which will burst and you will die," I explained not quite correctly or with much sensitivity but wanted to get the point across. I cleaned her up as we continued to discuss the ER. Ultimately, they decided against it, which I was okay with. I offer the suggestions, participate in discussions around the decision and then honor their decisions. I don't want to withhold information ("and you will die") which I believe they need to make a decision that's right for them. I then called my younger sister to relieve me so I could get to my training.

Unfortunately, my mom has been falling for several years (read "Oh, Bloody Hell, a Fall") but the sight of her with facial bruising and a black eye is still jolting. I feel like I watch my parents fade -- it's not a sudden disappearance but a slow and steady one. I know what's coming.

Because I know what's coming, I've started the conversation about their funeral plans a few times over the years. I began about seven years ago while driving my mom to an appointment. She shared about a funeral she had just attended so I walked through the open door and asked about her preferences. "Oh, do whatever you want," she said. "I won't be here."

I tried again after that dead-end conversation during a visit with other family members, including a sibling and brother-in-law. I shared my wishes and asked about what others wanted. My parents got up from the living room and headed into the kitchen in the middle of our discussion. Door closed.

I began 2016 with a determined goal to learn the funeral plans. During a lunch with my parents when they lived in the retirement community, I asked about funeral plans. The lunch happened to be to celebrate my birthday, so my dad said, "Do we really have to do this now?' and then my mom started throwing up. (My mom was recovering from surgery to remove a 1/3 of her stomach to stop an internal bleed and sometimes threw up after eating a dish too rich or sweet.) 2016 and 2017 both closed without any funeral plans in place.

So, yesterday, during a visit to make sure they are doing okay, I said my parents, "I'd like to meet your financial planner just so he knows who I am," I said. I had the idea to do this on Saturday during a presentation by @tonigitles, a student in the weekend's Certified Caregiving Consultant and Educator training programs. Toni delivered a presentation focused on preparing for caregiving during which I had an ah-ha! moment. I know who my parents' use to manage their money, I've met him socially during a church event. Actually meeting him to discuss how to contact him after my parents' death seemed like a good idea.

My parents agreed with my request and my reasoning. My dad immediately made an appointment for he and I to meet with the financial planner this morning. With the success of that suggestion, I tackled the funeral plans again. This time, my mom had special requests. Hearing hers led my dad to share his. Interestingly enough, they each want a different funeral home, which I have duly noted. They still need to decide if they want to be cremated or buried and are debating which restaurant to suggest for the luncheon after their funeral masses. As they discussed restaurant options, they both pulled out their iPhones to review menus and pricing for a local restaurants.

We had a bit of a crash on Sunday morning. Yesterday, after calm and thoughtful conversations, we've found our footing.