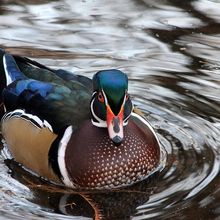 After posting last week and feeling so much better after getting things out I have promised myself that I will post more often,

Well to say my life is boring would be a understatement. I have always had sinus problems and finally after trying lots of sinus medication and having minimal success I started getting allergy shots last spring and was doing great!! In September my allergists partner was diagnosed with colon cancer and has since passed away. My allergist decided to give up the practice and my last shots with them was  the middle of October. I found a new allergists and went in for testing three weeks ago. I had my shots yesterday and have developed a reaction around the sites where the shots were given. I never had these before and was pretty miserable last night. Called the doctor and she told me to take ibuprofen as the sites had become swollen. I also had some benadryl spray which I used. Well, this morning the sites where I had the shots still itched and are swollen. I am currently waiting to call the doctors office as I am really itching. I do have to brag on my AH as dinner was ready when I got home last night & he measured the sites and how swollen they were.

AH and I both had the flu last week so he didn't get over last week to see his parents last week. On Saturday he called his parents and found out that his dad had been to the emergency room on Friday night as he was having pain in his knee. He had a blood clot in his legs last year so he thought it was that. They x-rayed it and it is just a  arthritis. Well it's bothering him again and he is not going to his PCP to follow-up. When he had his blood clot last year it took about six weeks to get diagnosed and he went to the doctors he thought he needed to go to and not what people told him. He went to a orthopedic doctor as they thought it was his back and then got mad as he didn't do anything to help him and didn't diagnose the blood clot. I have tried to tell him that the orthopedic doesn't deal with blood clots and he just gets mad and basically say that the doctor is a quack! It's very frustrating as he will listen to NO one! He's a VERY strong, stubborn, and proud German man.

Well at this time that's all!