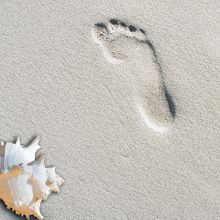 When my brother passed away 46 days after my dad, I took two weeks off work. I hadn't done that before -- taken any extra time -- but this time I knew it was necessary. My mom passed 23 months earlier and I took the normal time allotted by the working world. With my dad's passing, I had been planing for over a year to take a Hawaii vacation with my best friend, so I took the allowable bereavement time when he passed and then left on my trip which happened to be the day of the memorial. The trip wasn't anything close to what I had envisioned but I can say that not having to participate in 'my life' at that time was a gift. There was a shift felt with my mom's passing that grew when dad died. I didn't fully have a handle on what the shift entailed, but I had enough of a handle to know that being anywhere other than home and work was needed. So,  when Clayton suddenly died the time away was mandatory for me, as the shift was now huge.

That shift turned out to be what happens when one becomes a Godspeed caregiver. The caregiving role, if you will, wasn't something that I did -- it was who I was. I cared for my parents and brother. I incorporated their world into my daily life. So, when they passed away, my daily life had an abundance of minutes, hours, days where I had nothing to do. Many caring people would say things like. "It's your time now" and/or  "you are free to get back to your world before caring took over." They meant well, I know this. But what they didn't see was that I couldn't do that. I wasn't the same person I was before "caring took over." My parents and my brother took care of themselves then (before my caregiving journey); they were fully functional, able beings AND a big part of my world -- just on a different level. So, what people didn't seem to grasp was that a substantial part of my world before "caring took over" no longer existed.

I knew the shift was real, I knew something was coming. I just didn't know what and I had no idea how to put it into words. I mean really, how do you tell someone that you've changed, that things have changed and not be able to explain what that would mean. Everyone assumed that it was "just grief" that I was feeling. But, I knew it was more. EVERYONE wanted me to go back to being me -- the me that I had been. They needed this. But I knew that I was so much more now. My perspective had shifted. My views were different. And soon I realized that I had goals, new goals. Brighter goals.

This didn't mean that I wasn't going to be a wife, a mother, a friend -- it meant that I now had an understanding and an appreciation of life on a level I wasn't able to have before because I had never been standing in the position I was in right now. I had lived through experiences which can't help but change a person. I choose to allow the change to be a positive one. This doesn't mean I don't cry or that all my "why" questions have been resolved. Nor does it mean that I don't think about the bad, ugly stuff. What it means is that I decided that there would be good that also came from this.  I open my heart more. I speak with compassion and I remember that people often deal with struggles that are not visible -- so be kind.

For me, I am making the shift a positive journey.

Two things you said particularily spoke to me: \r\n\"For me, I am making the shift a positive journey.\" \r\n\" I speak with compassion and I remember that people often deal with struggles that are not visible — so be kind. \" \r\nThanks for sharing this Kathy!

Thank you for this. I need to be reminded that positive changes are possible. \r\nI already feel certain I will never be the same again. And my caregiving duties aren't over yet- I still have my grandmother to care for.

\"People often deal with struggles that are not visible — so be kind.\" —This is lovely.