The Stories of 18 Years

The Stories of 18 Years 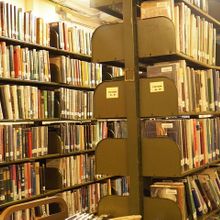 Reaching a milestone, like Caregiving.com's 18th birthday, puts me in a reflective mood.

I think of Jenny, who cared for her grandmother, who visited the site soon after it launched in 1996. She sent me an email with a request: "Can you connect all of us who care for a family member?" Her question led me to do what I still do today: Connect family caregivers to each other.

Our youngest blogger (to date) is @lavila87, who cares for her mom. She hasn't shared an update in awhile but I saw her in March 2013 at an aging conference. She looks terrific. We are Facebook friends and her updates show a happy Liliana. I often remember a story Liliana shared about her early days of caregiving, when she and her younger sister first began caring for their mom. Unsure of how to change adult disposable briefs, Liliana practiced on her sister. Her sister donned a pair of briefs over her clothes so Liliana could figure out how to move a bedbound person and change the briefs.

Our oldest member was Dick, who was 92 in 2004. Dick helped moderate our online support group for men in a caregiving role. He had cared for his wife, who had Alzheimer's, and became a volunteer to help family caregivers after her death. Dick inspired one of my presentations, When Love, Caregiving and POAs Collide, and an article (Do We Need a POA for Love) when he began dating a fellow community support group member, Genie, while she still cared for her husband.

Before we had bloggers on Caregiving.com, family caregivers wrote columns for Caregiving!, a monthly newsletter I published between 1995 and 2005. One of the very first columnists (who set the stage for the future of blogging) was Bob, who cared for his wife, who had Alzheimer's. Bob loved to have fun so shared jokes in his columns. He regularly sent me sweet cards, encouraging me to keep going. Each card included a joke. His last card to me disclosed that he had been diagnosed with Alzheimer's. Bob also shared a tip that felt really progressive in 1996 but is commonplace today: He carried business cards with him that he handed to restaurant servers and others who might need a heads-up. The card read something like, "My wife has Alzheimer's. She loves to share hugs. Please be patient with her." If you met Bob and his wife, Betty, in a parking lot, he would share a joke and she would share a hug.

Gary (@gary) has been with me the longest, first visiting the site in 2004 (ish). He was one of our first three bloggers and continues to share updates about caring for his mom. He's stuck with me through all the iterations of the website--I'm always so grateful for that.

My very first volunteer was Marilyn, who cared for her mom and most recently cared for her spouse, John. Marilyn first connected with Caregiving.com in 1999 when she joined our online support groups (at that time, the groups were actually listservs). She became a moderator for several of our groups for the next five years. She just joined us at AfterGiving.com, as John died in June.

Sharon, who cared for her husband until his death in 2011, was our first blogger. After his death, Sharon continued to blog on AfterGiving.com She later shared her story about life after caregiving ends in The New York Times along with @Karen, who continues to help me. Sharon recently wrote her first book, Dear Caregiver.

Tara was our second blogger and one of the first to publicly talk about her difficult relationship with her mom (her caree) and how much she disliked caregiving. Tara blogged for just about nine months in 2009 until her mom's death. I heard from Tara just a few years ago--she's doing well and enjoying her life.

One of my very favorite stories about the power of connecting family caregivers involves Gretchen and Lennda, who both cared for their moms. Both were members of our listservs, which meant we communicated via email messages. During the night that Lennda's mom died, Lennda sent regular email updates to the group about her mom's status. Gretchen, a night owl who happened to be a EMT, sent regular replies of encouragement and support. It was the middle of the night and yet Lennda still received what she needed--comfort. The next day, Gretchen went to her backyard with her trumpet and played "Taps" in honor of Lennda's mom. A story that happened more than 10 years ago feels like yesterday.

I suppose Gretchen was one of our very first WAIT Buddies. And, Gretchen and Lennda remind us that we don't have to meet in person to form a close bond when we meet because of caregiving. The experience of caregiving turns strangers into fast friends, in person and online.

We use the term "caree" here because a former member (Donna), who cared for her mom, prompted me to think of another term for "care recipient." I used the term "care recipient" because my mentor, Mirca Liberti, felt strongly that we should honor all caregiving relationships, including the relationships with those family members who aren't really our loved ones. Mirca stressed the importance of using a term like "care recipient" rather than "loved one" because sometimes we care for family members who aren't really our loved ones. "Care recipient" evolved into "caree" in 2010 after a community vote.

I can't share stories of Caregiving.com without including those of my parents. I published the first issue of Caregiving! newsletter in January 1995. Every month, my mom sat with me as we addressed and stamped the newsletters. She also delivered copies to organizations and libraries without ever complaining. Over the years, when I've hit rough patches with the business (most recently last year), my parents helped with financial support. They still help me by letting me live with them.

The stories of family caregivers drew me to start a business to help and support them. All these years later, the stories are what matter most. Thank you so much for sharing your story here with us.

Are you trying to make me drool by showing those library stacks? You've succeeded. ;D What a diverse group we have her at caregiving.com! Here's to many more years, with many happy moments!