The Stories We Tell

The Stories We Tell 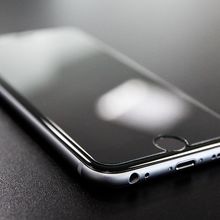 Part of me was very much at peace with Dad's passing. Perhaps going to St. Paul's gave him the permission he needed to leave. Had Mom been there, he would have desperately wanted to hold on. A few days before, he had told me, "This is a funny thing. Either I'll get over this or I'll just go." I asked him whether he'd decided yet and he shook his head no, "But at least Mom is taken care of and all the arrangements are made." I knew him well enough to know how strong his feeling of obligation was to her. I could just hear him saying, "Mom says I can't go. She needs me here."

I know why I didn't say anything. There was no way I could say this in front of Mom. Looking back, it might have been better if I had. One of the issues with Mom has been that everyone has always tiptoed around her, afraid of her anxiety issues and her anger. Dad had been a big part of this, I know. It was one of his faults, but I understand. I also know Mom's anger all too well.

So many things were going through my head as I tried to grasp all we'd been through the past few weeks. The very next step, even though it was the middle of the night, was to call my siblings. I took a deep breath and dialed. One of my brothers was in Denmark on business. He was the easiest to reach because of the time difference. By the time he answered, I had already altered Dad's story slightly for my family. I didn't lie to them, I just left out a couple of bits. Let them remember the good parts. Is this tiptoeing around them? I don't know.

Death is a sacred time, but it also has everything to do with our physical body and that can be messy. Then there's the emotions. We know how messy they can be. I wanted to let Dad have his story, his sacred passing. I wanted my sibs to have that story, too.

I told them how we were met at the door by the women who had given us the tour, how one resident had come over to sit with us at dinner and make conversation to welcome Dad. I told them how we'd met the social worker and found out she had a facility dog with her and how she brought the dog to see Dad, even though it wasn't the standard practice to do this on the first visit. Dad loved dogs. I told them about the nurse who checked Dad in. He was from Kenya and was interested in Dad's stories from his visit to Africa. I told them about the dietitian whose last name was Myers, spelled the same way we spell it. I told them how wonderful everyone was to Dad and how upset they were to have to call so quickly and tell us that Dad had passed away. All this had happened in those few hours he was at St. Paul's.

I didn't tell them about the roommate. I didn't tell them he was found on the floor. I can hold these details. In the long run, they're not important. Sharing them now helps me to find their proper place in the whole story.

My siblings all agreed I should wait until morning to tell Mom. No need to wake her in the middle of the night. I also made sure the Palliative Nurse from their PACE program and the Patient Representative from the facility were with me when I told Mom. I was terrified she was going to blame me. She was fairly calm when we told her, though she questioned over and over, Why had he died? What was it that killed him? The nurse explained that Dad had congestive heart failure. The patient representative said, "It was just his time."

My sibs all came back and ten days later, we had a lovely funeral Mass for Dad. My brothers planned the funeral. I was numb. The church was filled with family and friends and many members of the Eritrean community in town. My parents had sponsored a number of young men to come over as refugees. They brought traditional food to share as well. They promised to come and see Mom as often as they could.

I was encouraged, but still feeling guilty. We were leaving the next day to visit our son and his family in Maine and to look for a new home in Massachusetts. I felt like I was running away.

I don't know how you're not flat as a pancake, carrying the weight of all of this. Your focused, individual concern for each family member is astounding. No wonder you were numb at your dad's funeral. \r\nThanks for sharing your story so far. I hope many members here are taking the time to read it, and how clearly you are able to express how complex the emotions and thoughts are around the loss of a parent.\r\nKeep going, Goldie.