Goldie
This begins my fifth rewrite of this article. I'm afraid of being self indulgent and writing more to rationalize my own emotions than to process and find peace. How much do I say? Do I share all the down and dirty details or do I skim over those and maybe run the risk of minimizing someone else's experiences by brushing off my own?

Yesterday, I had a long and beautiful conversation with a rabbi about letting go. While encouraging me to not become too attached, he also made the point that perhaps my struggling to mentally and emotionally process these events will help someone else in their journey. I guess that's what this site is all about.

During the next days, after I moved in with my parents, my dad and I developed a sort of .. well, we couldn't call it a routine, it was more like a choreography. We began to anticipate when we needed to step in and prevent any major catastrophes. It couldn't last much longer. We weren't sleeping at all. Though I was convinced Mom needed to go to the emergency room, Dad was adamant. He didn't want her going to the hospital. By now, I also knew she wouldn't trust me to take her anywhere. I felt stuck.

Mom's behavior was much the same. She wanted me out and was convinced we were holding her prisoner. She still guarded her purse and paper bag filled with her treasures. She still found ways to avoid taking her meds. I found lots of pills under the cushions of her chair. I finally figured out she thought I was an old friend who had betrayed her and was trying to steal her husband. Okay... My dad's a cutie, but hey, he's my dad.

Sib to the rescue! My brother called often and finally offered to come out to help us--a six-hour drive. Soon after he arrived, he called an old friend in town who was now a psychologist. The psychologist knew Mom and asked to talk with her. After a five-minute conversation, his conclusion was, "Get her to the emergency room immediately!" With Dad and Dave there, she went willingly into Dave's car and I followed in mine. We were on our way.

Mom was admitted to be treated for a urinary tract infection, even though the tests came back normal. The docs thought it worthwhile to try the antibiotics. I don't know why they needed this excuse to admit her because her blood pressure was stroke high and her blood chemistry levels were wonky. At least she was admitted. We had a reprieve.

What stands out about this stay is Dad's humor, Mom's vitriol, and the privacy policy. The last one had me laughing every day. It meant that the doctors tried to keep their voices down so others wouldn't hear. Problem is, Dad couldn't hear, either. And Mom didn't want me to say anything to the docs. So it turned into a bizarre yelling match: Docs trying to keep things quiet, Dad saying, "What?", me shouting the info to Dad, me trying to answer the docs questions, Mom telling the doc I'm lying. I suspect everyone on the floor heard us! 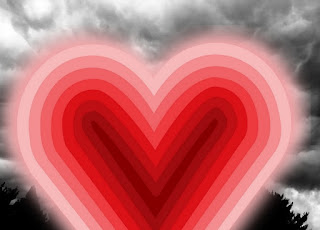 Eventually, when the docs really got what was happening at home, they suggested two things: starting Mom on an antipsychotic drug--which, incidentally, could possibly kill her--and sending her to rehab for awhile until she was stabilized on her medications. After a long talk with the doctor, Dad, and Dave, we signed the paper to allow the medication. The risk of dying vs. the risk of having her psychotic for the rest of her life was sort of a no brainer for us. It was still scary.

Dealing with mental health issues in elderly folks is really tricky. Do they belong in a nursing home or in a mental health ward? As soon as the word "dementia" is used, they are not eligible for inpatient psychiatric services. Mom was sent to stay in the dementia unit of a nursing home, at least until her medication was stable. At the time I hoped it would lead to a permanent placement.

I hadn't considered the fact that my dad was still very much in love with my mom. His love did more to bring her back than anything the docs did, I'm sure. There would be many more challenges, but the storm clouds were beginning to part, just a little.