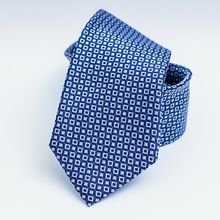 I did not want to call my younger son because he had a job interview with a presentation to do but I finally called my daughter-in-law and they both came right over. My son, looking handsome in his suit but with his tie untied (I haven't seen him dressed up since his wedding), got my husband up and into the bathroom etc. We listened to son's presentation (brilliant) and just before leaving he asked my husband, who hardly talks any more, to talk him through tying his tie. Very softly I could hear father coaching son through the ups, downs, overs and unders of tying a tie. At the end he said "Dad, you still got it" as he kissed him on the forehead.

As they left I heard my daughter-in-law say. "That looks a lot better than it did the way you had it earlier". My son answered, "Yes, I know."

Oh, Michelle, what a post! I loved how you never gave up -- you kept going no matter how many \"no's\" you encounter.\r\n\r\nAnd what a son you have! I'm so glad you shared this with us because you have captured a beautiful moment forever.

Wow, thank you for sharing this with us.

So special for all of you.

What a lovely son and daughter-in-law you have! Beautiful!

A moment to treasure! Thanks for sharing it with us.