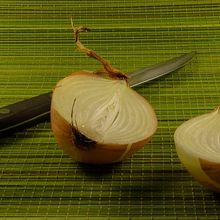 I don't want being single to hold me back so I often go alone. I've gone solo to plays, the ballet, dinner. I've traveled on my own, taking cruises and driving vacations. About seven years ago, I took a 100-mile bicycle trip from Chicago to the Warren Dunes in Michigan with a group of strangers. After riding on my own for several hours (including through Gary, Ind., and by a few drug deals in progress), I ended up connecting with a four-some (two couples) who invited me to ride with them. "I really admire you for doing this on your own," one of the husbands told me. About five years ago, I drove from Chicago to Brooklyn, through the mountains in Pennsylvania which made my palms sweat and through the borough of Manhattan which made my head spin a bit. A few days later, I drove home. (While in Brooklyn, I attended the birthday party of Penny, a former member of Caregiving.com who cared for her parents.)

I embrace being alone as much as I can because it's what I have. I only encounter a few situations during which I so wish I wasn't alone. Standing in line at wakes pretty much tops the list.

The first time I thought, Oh, no, I'm by myself!, in a wake line happened soon after I started a full-time in 2005. (I work other jobs to keep Caregiving.com going.) A co-worker's wife died a few months after I started my job. I didn't know the co-worker well but felt it important to attend the wake. He and his wife had twin girls, about 12, who bounded around the funeral home to greet their friends and check in with relatives. Their energy, with their mom so still in her coffin, started the tears only a few moments after I found my place in line. By the time I made it to John, my co-worker, I was a mess. I cried as I shared my sympathies. He accepted them with grace and a bit of a quizzical look.

And, so it's been with each wake line.

And, I suppose, the wakes yesterday hit a little too close to home. Last week, I asked both the visiting nurse and nurse practitioner if my mom was dying. I want to know. I want to know if time is limited. I want to know how we make my mom comfortable and the truth about her condition helps me create that comfort. The visiting nurse and nurse practitioner both assured me that she isn't near the end. But, really, without a diagnosis that includes a prognosis of six months or less, who knows?

I feel the end. In the past, I cried only for the family members and friends who have recently lost someone they love.

Yesterday, I cried for me, too.

Thanks, Deborah. I process by writing it out, which is why I wrote this out.

I so get this! Being alone going to the movies or going to dinner or even going on a trip is nothing compared to what will happen when we lose our parents.

I can really relate to this. I decided when I was 27 that if I wanted to travel I better start. I thought I would be married by 23 but it just didn't happen. I wasn't going to wait any longer for that special someone. I went on a cruise by myself with a singles group and had a wonderful time. I was free to do what I wanted to do. I did get married at 33 but I was divorced when I was just turning 50. I was alone again but I wanted to get out of debt before I could travel again. Then I took care of mom for over 5 years.. Now I'm going to Alaska in August. The toughest part I had was going to a restaurant by myself. But I do it now. I pretty much do anything alone. I don't like wake's either. I cry harder than the family does. Sounds like you do too. That's because you have a big heart and are feeling their sadness. Don't let this stop you. It's nice for the family to know you care. You are doing great work for all of us too.

Denise, may you find comfort in knowing that each day can bring a new memory for you to cherish into the future.