The Ways We Cope

The Ways We Cope

0
Once Mom and Dad were somewhat settled into the PACE program, Dad and I went on cruise control. I had to accept that there were some things I couldn't change. If Dad caved in when Mom asked him to help her get in and out of the bath tub, I couldn't force them to change or accept help from the aides. If Mom refu 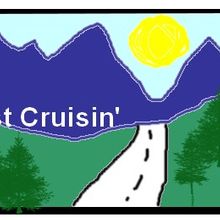 sed to go to the day program, so be it. At least her meds had been changed and she was functioning better.

Normal is such a relative term and we all got used to what we perceived to be "normal" for us.

Mom was still anxious and depressed. The docs had put her on other anti-anxiety drugs, but I suppose she had been on so many for so long, they just didn't work well anymore. She was not coping well because for the last 40 years she had only coped by taking drugs so she wouldn't feel. Now she had no clue how to handle any feelings, much less the extremes of benzo withdrawals. Going back on Clonazapam was the only thing that helped at all.

Dad coped by trying to avoid anything that might possibly upset Mom and doing anything she asked him to do. I wasn't to mention the "D" word--as in dementia--and I wasn't ever to say anything about nursing homes. If I was cleaning one of the rooms in the house and making pathways, Dad might come up to me and say, "I think you'd better stop. Mom's getting upset."

We did what we always did. We tiptoed around Mom. I finally told myself I was off the hook. They were with a program and it wasn't my fault if they refused the help that was offered to them. If I filled in, it would just allow them to continue to refuse outside help. If something happened, so be it. It wouldn't be my fault. I came over once a week and stayed with Mom so Dad could go shopping. I ignored what was going on with the program unless I got a phone call. I was worn out.

At the same time, I was avoiding being at my home, which was not good, but it was my pattern of coping. Growing up, when I felt really stressed, I left and found my friends. Home was not the safe place to be. As an adult, I've found that I still leave home if I'm stressed. I spend time with my friends, not my family. Friends are safe.

MY family is safe, but exhaustion plus stress equals stupidity--or at least unhealthy behavior in my case. My husband started resenting the fact I was confiding in others more than in him and spending more time with friends than with him. When I was still teaching, I had other people around me all the time and this filled a certain need for me, but now I was retired on disability and my husband had been pressured to take early retirement when the economy tanked. Along with everything else, we were adjusting to being retired--together.

I was also still adjusting to my medications for Parkinson's. One of the meds I was given was a dopamine agonist. I took the lowest dose possible. The negative effects* did not start right away, but crept in slowly and we didn't attribute them to the drug. I became obsessive/compulsive and impulsive. I'm a little that way, anyway, but this threw it into hyperdrive. I was a little manic and having a great time. I was confident, cute, and I was sure people liked me--which was not the way I was normally. After nearly two years on the drug, I started to spin out, getting very manic. I either could not focus on anything or I was hyperfocused. Essentially, my body and brain responded as though I was on methamphetamine.

When I went off, it was because Medicare stopped paying for it. I had come up against the dreaded donut hole. I went into a deep depression--a dopamine crash. I did not tell my doctor. My husband was angry with me all the time, with good reason. He didn't know the drug had caused my behavior. No one warned us about this possibility. The drug now carries a serious warning.

To make a long and very dramatic story much shorter, we got through this time with a lot of hard work, a lot of heart to heart talks, dropping me back to the bare minimum of Parkinson's meds, and increasing one medication just slightly. Now, our relationship is better than it ever was and I'm feeling better, too. This was, without a doubt, the most difficult time in our marriage and I wouldn't ever want to go through it again, but I have also come to be deeply grateful for this experience.

Why? Now I know what it feels like to be manic, to be depressed, to be anxious. I know what it's like to have a drug manipulating my thoughts. I know what it means to choose to fight through this and make my life better. I wish I could say it helped me to feel more compassionate towards Mom. I get her more than I did before, but that's all. She continually chose to keep taking the drugs.

There were ups and downs, but as far as Mom and Dad were concerned, I was still cruising and avoiding them as much as possible. It wasn't going to last. The road ahead was a rocky one.

*there is no such thing as drug side effects, only effects which are not marketable