The Weekend and the First Outing

The Weekend and the First Outing 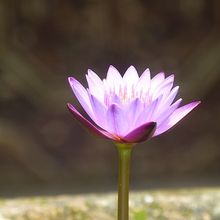 Saturday was our first day out since bringing Gramma home.  We went to the local restaurant for biscuits and gravy and a Pepsi (she was craving a Pepsi) then we headed over to the grocery store.  I brought along the wheelchair that the church let us borrow just in case and at her request but once we got to the grocery store she decided she didn't want it.

I'm really proud of her, she made it from the front door to the checkout before she decided that she just couldn't make it any further.  They had a place for her to sit down so that helped her out quite a bit.  But the distance she walked is about twice as far as what they had her walking in physical therapy.  She doesn't see it that way though, she keeps saying she's a "pantywaist.  I think I have her convinced that she did do well and of the distance but we'll see.

Yesterday she was up and around again and keeps pushing herself.  Today she called the physical therapy place because they were supposed to be sending someone to come to the house and the woman there is looking into it.  She makes me smile because of her determination to get back to where she thinks she should be and at the same time I worry that she'll overdo.