The Yeast Infection and the Black Eye

The Yeast Infection and the Black Eye 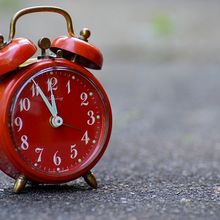 My parents and I went to my dad's oncologist on Friday for his annual check-up. We received good news--no sign of cancer and my dad gained four pounds.

His appointment begins with a nurse removing his ostomy bag so she can take a urine sample. When the nurse removed his bag, his stoma was surrouned by a large, red rash. On Monday, when I changed my dad's bag, the area around his stoma looked soooo much better. (I noticed my dad's rash on Christmas Day and had been working to clear it up.)

The red rash set off quite the alarm.

The questions started: How often do you changes his bag? When did his rash start?

The nurse called for the ostomy nurse and a resident came in to look. He asked my dad if he's eating well and drinking lots of water. He kept telling my dad they were going to fix him up. My dad just looked at him in utter confusion.

The nurse returned to take my dad's urine sample and then looked at my mom. "What happened to your cheek," she asked.

"I fell," my said. Her sunglasses don't quite cover her black eye from the fall she took 10 days earlier.

Honestly, it kinda looked like I hit my mom and neglect my dad.

I did try to explain all that happened since Christmas but my explanations made it sound like I wasn't attending to the rash. (After noticing the rash, I had asked for help from my parents' nurse practitioner and the community's nurse.)

The oncologist arrived and took a look at my dad's rash and said, "It's angry." He showed me a few areas around the stoma that indicate chronic moisture. It seems I'm not fitting the wafer close enough around the stoma. The wafer is like a round wax donut which goes around the stoma and which holds the bag in place. I warm the wafer in my hands and then stretch it to fit around the stoma, eyeballing how much to stretch. Apparently, my eye is bigger than the stoma.

The ostomy nurse arrived and sounded a louder alarm. "The concern is that he'll lose the skin around the stoma," she explained. Without any skin, we have no where to adhere his bag to collect the urine.

"These situations can flare up quickly and get worse fast."

She ordered a medicated powder for the rash (which is a yeast infection) and an antibiotic. We have to change the bag every two days in order to apply the powder to the infected area. If my dad spikes a fever or has abdominal pain, we are to call her immediately. My dad asked if she has written instructions. "I don't," she said. "But you know what you're doing."

He also asked her for a visiting nurse. "We can do that," she said, immediately reaching out to the social worker, who had our first visit organized before we left.

Shell-shocked, we headed out to get the car. By this time, I was trying to collect myself. I was completely freaked out.

"We've cleared this up before," I said to my parents. "We can clear it up again."

On the way home, I remembered the good news. "Dad, you don't have cancer," I said. "And, a yeast infection won't kill you."

That lightened the mood for a few moments. By the time we got back to their apartment, my parents were bickering, with my dad calling my mom, "Mother," in his sternest voice possible. We had been gone for four hours but honestly it felt like forever.

We did go on with the rest of our day -- my parents played pinochle after eating lunch in the dining room. (Thank God for where they live.) I went back to work and then went to my nephews' track meet that night.

And, yesterday, the visiting nurse stopped. I did a much better job explaining all that happened since Christmas. I also shared that my dad had an infection on the top of his head, the very area where he had plastic surgery after having skin cancer removed, for which he had been using a topical antibiotic.

"An antibiotic can cause a yeast infection," she said.

OHHHHHH! The three of us had the same response at the same time. In that small doctor's office on Friday, I just couldn't find the room to share everything and had completely forgotten about the topical antibiotic, which my dad had stopped using a day or so before Friday's appointment.

The visiting nurse watched as I applied the wafer and bag and confirmed I was doing everything right. My dad's rash already looked much better.

I really began to doubt myself during the doctor's appointment and began to say out loud what I could have done differently. "Don't go down that road," my dad quietly said, lying on the exam table, red rash flaming.

wow - what a story! love your Dads steadying response to you.

Sometimes it feels like you can do 100 things right and no one notices but do one thing wrong and it's a blue-light special. At least in your case, I hope you don't feel like there was anything wrong. A judgement of error, or a misunderstanding of the facts, or a less-than-open opportunity to explain the truth still is not \"wrong\", it's just human. And human stuff just happens even when we have our loved ones best interests at heart and we're giving 100%. The challenge is to keep giving 100% when the goal line keeps moving, passed 110%, 120%, you know what I mean. And you are doing that.

So glad there was no sign of cancer. You're an awesome caregiver. I know how hard it can be. I care for two people, and my own health is deteriorating. Bless you.

You are doing a great job Denise! \r\nMedical staff can be intimidating and put people on the defense &amp; add unnecessary stress or worries.\r\nYou can stand tall and walk in confidence that you're doing a job well done.\r\nYou give it your best &amp; your folks are blessed to have a daughter who cares about them.

Denise\r\nSo sorry you had to go through this but glad there is no cancer . I'm surprised they didn't tell your dad to take acidophilus while on the antibiotic.... I always have to give it to Tony when he is....or eat a lot of yogurt. Maybe this info will help in the future . just remember you are doing a fantastic job ...where would they be without you