Things Are Changing, So I've Decided to Blog

Things Are Changing, So I've Decided to Blog 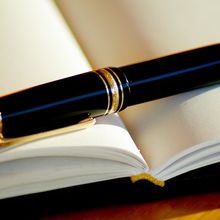 (Editor's Note: Today we welcome Chaya, who cares for her husband, to our blogging team. You can connect with Chaya on her profile page: @lily.)

Sam and I fell in love 32 years ago. Then we broke up, got back together, got married, worked for nonprofits, traveled, tried to have a child, wrote a play together, and tried to repair the world. Sam was tall, handsome, charismatic, and effective. He has adult children from a prior marriage.

Ten years ago Sam started having tremors in his chest. Then his hands got weak, and he was diagnosed with ALS.

At first life was normal, or as normal as living with a "progressive, degenerative, incurable, fatal usually in 2-5 years" diagnosis could be. We were lucky; Sam's disease progressed slowly, and his legs and lungs stayed strong. The losses were accumulating--bike, gym, dressing himself, his beloved morning baths--but Sam could still eat, work, and play. Four years after his diagnosis, we went to China to see the giant Buddha statues, we rode camels, and Sam climbed the Great Wall.

But things were changing. The summer after China I took a Family Medical Leave because it was getting harder and harder for Sam to swallow food without choking. I spent hours that summer pureeing. One night right after I returned to work Sam taught a class and couldn't stop coughing. By the next night he was in a hospital with pneumonia, went into respiratory failure, and nearly died. I quit my job and began my new life.

Most people with ALS die within a few years because most choose death over life on a ventilator. Of those on ventilators, not many can live at home-- the safest care, with the longest lifespan-- because it's too expensive. But Sam was clear on the letter board and in his advance directive: "I want to live." I wanted that too, though we have no family nearby to help. Fortunately, I had no idea what I was getting into--basically, an ICU in our living room.

And, again, we were lucky. Shortly before Sam was diagnosed, the VA determined that any veteran with ALS was eligible for VA benefits because, for reasons unknown, veterans are much more likely than civilians to get ALS. (Could it be that nerve gas Sam's platoon had to run through without a mask?) Sam served in the U.S. Army for two years, between Korea and Vietnam, and his ALS clinic social worker was on the ball. Without that VA support--a home-based care team, 80 skilled nursing hours a week, and disability benefits--Sam would be dead, and I wouldn't be writing this now.

As tragic as the whole situation is, for me at least there have been many moments of love and grace. And, though I won't speak for Sam, he's told me that, for the most part, it's been ok. I can't imagine going for a week without eating a sweet apple, turning over in bed when I want to, or having lunch with a friend. But Sam has, day after day for four years.

For four years, we've slept and watched movies together, purring cats on our laps. Sam watches films, goes on wheelchair "walks," reads, and interacts with family, nurses and friends. Communication is very frustrating, but Sam can write and type with one finger on an iPad, while someone (me) holds his arm. He's seen his children do things they wanted. When he was less disabled he finished a memoir, saw a play produced, and heard his son deliver a speech about him. He may live long enough to have a grandchild .

Suddenly now, though, things are changing. So I've decided to blog.

Beautiful......choosing life seems to be the right thing for you guys and I applaud the decision both of you made! The love and commitment to share life by any means is so fantastic and I'm sure you know how blessed you are to have eachother! So glad you've started blogging...I know it helps me!

Thank you, everyone. I have to admit, I logged in a million times today to read your comments_mysql. They're so validating.\r\n\r\nMar, what's PM?

Thank you for sharing your life story with us. You definitely have a strength and positive coping skills I would love to have too! I look forward to hearing more as you go through this journey of life.

Chaya, thank you for sharing your and Sam's story with us. I look forward to reading your next blog post.

Oh, my, Chaya, your story is so touching! I'm so glad you are blogging although I'm so sorry for that sudden change.\r\n\r\nWe seem to prepare for years and yet how do we prepare?\r\n\r\nI hope blogging will help you hold the good moments even tighter. \r\n\r\nThank you so much for sharing your precious days with us.