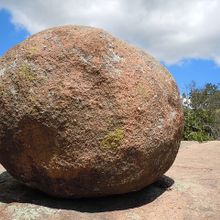 I was watching some Teepa Snow videos - thanks for the recommendation! - and others on youtube about dementia and driving. I liked Teepa Snow a lot, but after watching the clip, I just felt like I'd gotten it all wrong. Protect your relationship with the person, she said. But who else is there to be the "bad guy"? I don't want Mom to stop trusting her doctor. I don't want her to turn against my husband.

The sad thing is she really wasn't driving. She just had the option to drive. She acknowledged that she never minded handing me the keys when we went somewhere, but now that I've taken them, she cares and she wants them back. Maybe it wasn't necessary. Maybe the impulse to drive was already gone and I brought it back by taking the keys.

I don't doubt my judgement that she shouldn't drive, but I'm not sure I needed to take the keys to prevent it. So should I give them back and try to get us back to that happier place we were a week ago where I was doing all the driving in reality but she still had the freedom in her mind? And then introduce some creative barrier a little later on once the issue has died down? Or if I give back the keys now, would she just immediately feel a need to use them?