This Weekend's Wedding: They Just Don't Get It!!!

This Weekend's Wedding: They Just Don't Get It!!! 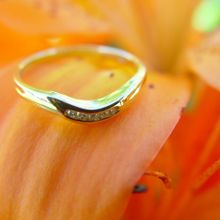 My husband's grandson is getting married this Saturday. The wedding is about two and half hours away from where we live. My husband has so many health issues it would be a real struggle for him to go, even his doctor said he won't recommend it. I sent the message below to my husband's son. I was told I could hire nurse!! Do they really think a nurse is going to make a trip like that any easier!!

This is the e-email I sent him:

We would love go to the wedding. If Hank weren't so ill and if it weren't so far away, it might be possible to go even if it were just to the ceremony. For us to go to the doctor's or therapy is a challenge. I can't tell you how many times Hank has fallen down coming out of therapy because he is just so weak, tired or it's his FXTAS causing his balance issues.

1. Oxygen: Transporting oxygen in a car that far is a concern. It's not safe. Hank goes through one tank every 30-40 minutes. We cannot safely carry all the tanks he would need nor would we be able to order that many tanks. We would need to be able to find a place that was open on a Saturday to refill the empty tanks, plus we cannot stored them safely in the hot car if we need to stop anywhere along the way.

2. Bathroom Needs: Hank needs to use a handicapped family friendly bathroom due to his enlarged prostrate. He needs to go every 20-30 minutes, sometimes more if he's on Lasix. We would need to have planned stops on such a long trip.
Plus I would need to help him.

4. Pulmonary Fibrosis: One of the symptoms Hank has been dealing with is he is always tired. He naps on and off throughout the day. Most days he watches TV and sleeps in between his meals.

5. Distance: Due to the distance we would need to most likely spend the night that brings more concerns. He needs a hospital bed and I would need to take his oxygen concentrator, which is very heavy. I think most of the trip he would be in a hotel room and then when we got home I would need help getting the concentrator out of the car and back in the condo. I think just the drive would wear him out.

6. Clothing: Hank would need a new suit, just going to the store to try on a suit would be an ordeal for Hank.

As I said, we would love to go and feel bad we will have to miss the wedding. I know it will be to hard on Hank to go and I know he's going to feel bad that he is unable to attend, but your dad is a very sick man just going through his day at home is an effort. He doesn't even shave himself. I need to shave him and shower him and help him dress.

Please respect what I am saying. It is too much on him even though he wouldn't say so. He doesn't think he's sick. I am with him 24/7 I know what he can and cannot do. Everything is a effort.


I asked if they might record or Skype the wedding. I wonder if we will hear from them. Tomorrow is the wedding. I guess I don't understand why they don't get it !!!