Three Doctors, Two Parents and One Dentist in a Pear Tree

Three Doctors, Two Parents and One Dentist in a Pear Tree 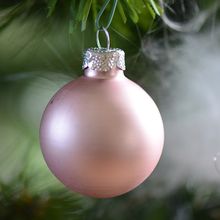 My dad began his day with a visit to his dermatologist to remove the precancerous lesions on his head, face and nose. My dad has been fighting skin cancer for decades--the lesions are particularly bad on the top of his head, which is just a mess. Every night as he watches television, my dad places a warm wash cloth on the top of his head to help the scabs heal. Usually, he visits the dermatologist every two months. Today, the dermatologist told my dad to return in a month.

Later in the morning, my dad brought my mom to her doctor for a follow-up on the concussion and then to the dentist to have the repaired bridge fitted.

My sister dropped off my mom's broken bridge on Saturday and the wonderful dentist had it repaired before Christmas. We've been going to the same dentist for so many years that he doesn't blink an eye when a family member (like my sister on Saturday) drops off my mom's dentures for more help than my dad's tweezer and Krazy glue can provide.

Then, this afternoon, my dad and I went to his appointment with the urologist to discuss the next steps for my dad's cancer. This urologist practices out of a new hospital for us but we navigated our way without problems. During our drive, my dad reminisced as we passed the cemetery at which my grandmother and great aunt and great uncle are buried. As we entered the next suburb, my dad shared an interesting historical tidbit. My dad is not a calm person by nature but he seemed very composed as I drove and he remarked about what he saw out the window.

We used the valet parking and had a fairly smooth process from the registration to the exam room. The nurse took his blood pressure, which was very high for my dad (154/90). She asked if he was nervous. Yes, he said. Ah, I thought.

The nurse finished up and left, leaving the door ajar. I could hear a loud-talking doctor in the hallway and silently hoped he would be my dad's doctor. There's nothing like a loud-talking doctor for my dad, who has hearing aids but still struggles to hear. Sure enough, the pleasantly loud doctor appeared and the exam began.

At one point, I stepped out so the doctor could "look under the hood." I noticed another woman in the hallway, clutching a book and notebook. A few moments after she was called back into an exam room, the doctor called me back in.

Our longest wait occurred as the urologist reviewed my dad's ultrasound and spoke with my dad's other urologist. We passed the time with a little more reminiscing. My dad still carries the scare of an appendectomy from his childhood. He remembers laying on the couch in severe pain and his older brother tossing a book so it landed on my dad's stomach. "He did it on purpose," my dad added. He also remembers laying on the operating table just before the doctor (a woman and he still remembers her name) began the surgery. His memories reminded me of the stories my grandmother told me of the appendectomy and the woman doctor.

When he returned, the doctor shared his recommendation: Go in and stage the tumor and remove as much (hopefully, all) of the tumor as possible. If he can't remove the entire tumor, we'll talk about the next step, which could be removing the ureter and kidney. He expressed concern about doing such major surgery on my 83-year-old father but we'll take it one step at a time. The procedure to stage and remove the tumor will happen in mid-January.

On the way home, my dad talked about his worry about the tumor. I said, "Well, we don't want to sugar coat this. But, we're taking it one step at a time. The good news is that you don't have any pain and your day-to-day life isn't affected."

"That's right," he said, seeming to find comfort in the good news that he's going about his life. After we arrived home, we updated my mom and then my dad headed straight to the bar to make a drink.

So, that was today. We move into tomorrow.