It is 3:32 a.m. and 29 degrees in my small Florida town. Our second consecutive frozen night.

My partner sleeps. I listen to Hearts of Space and its program of sacred choral music, "Angelico." It relaxes my muscles, enters my heart, feeds my soul.

Earlier I heard a small, tender commotion at the window of my studio, where my hurricane shutters are still up. A squirrel family huddles in its nest of leaves between the shutters and the glass, sheltered against the cold.

I have delivered a job in the days before Christmas and made my client happy.

Less than three days ago it was balmy, before a torrential downpour blew through, with thunder and lightning and high winds. Winter swept in behind the front with a diva's drama.

During the storm I stopped my work, unplugged my computer, and picked up a paperback; and my world was calm amidst the noise from outside.

On Hearts of Space I hear the serene harmonies of Eric Whitacre's "Lux Arumque," to which I had been introduced by his first Virtual Chorus -- here. What an extraordinary work of peace.

A single light shines in my studio as I type. That and my computer screen. The rest of the room retreats into shadow.

Hours ago my partner told me that MS stands for "major surgery," since she believes the hospital had peformed brain surgery on her to give her the disease. This is in addition to her prior interpretation, "medial shunt." And there was a third "MS" as well, something-sagittal, I forget what.

I asked her, "Is this for your own use, to help you figure things out? Or do you actually believe that there is a secret language here."

Secret language, she said. A code that doctors use.

I've told her, when she has asked me to repeat her theories back to her to make sure I've understood them correctly, that I can't do that any more. That I can be here for her and be her sounding board. I can listen. I can support her in her journey toward healing.

But I can go only so far.

I was in tears when I told her, just as I am in tears as I type this. It's a failing in me, I said. There is something about the repetitions she insists upon that give me so much emotional pain that I seek only to flee them.

I told her about the pain. I said, "There's an emotion for you."

She likes for us to talk about emotions. When she was fighting off a cold a few days ago, she said that the hospital must have performed surgery on her nose, too, to help her express her emotions better by making the passage of fluids easier -- this in addition to the surgery they had perfomed on her lachrymal glands, to make it easier for her to cry. She swears she can point to the scars where they had done cosmetic surgery around her eyes.

I see only the passage of time. Small, ordinary wrinkles.

Lately she's added that the hospital also did something to her heart, since one of her diagnoses then had been mitral valve prolapse. That they thought she was going to harm herself, so they had to disable her further so that she wouldn't be strong enough to damage herself even more.

I can type those things here easier than I can repeat them back to her.

In The Divine Comedy, Virgil guides Dante through the circles of Hell and up through Purgatory, but he must stay behind as Dante enters Paradise. I'm a little like Virgil, I think. I feel that there is a place in our shared journey beyond which I simply cannot pass.

Beyond that threshold, my partner needs to find her own way.

She talks again about going to the ICCD Clubhouse. In moments of clarity, she realizes how heavily she leans on me.

But then she becomes afraid that they will force her into the hospital.

But then she thinks they could get her a job.

It goes back and forth.

In the middle of a cold night I find peace here, in this spot of light. In this music from Paradise.

The temperature outside drops to 28. I imagine the squirrels huddling closer.

Sometimes the way involves just curling up inside one's nest. 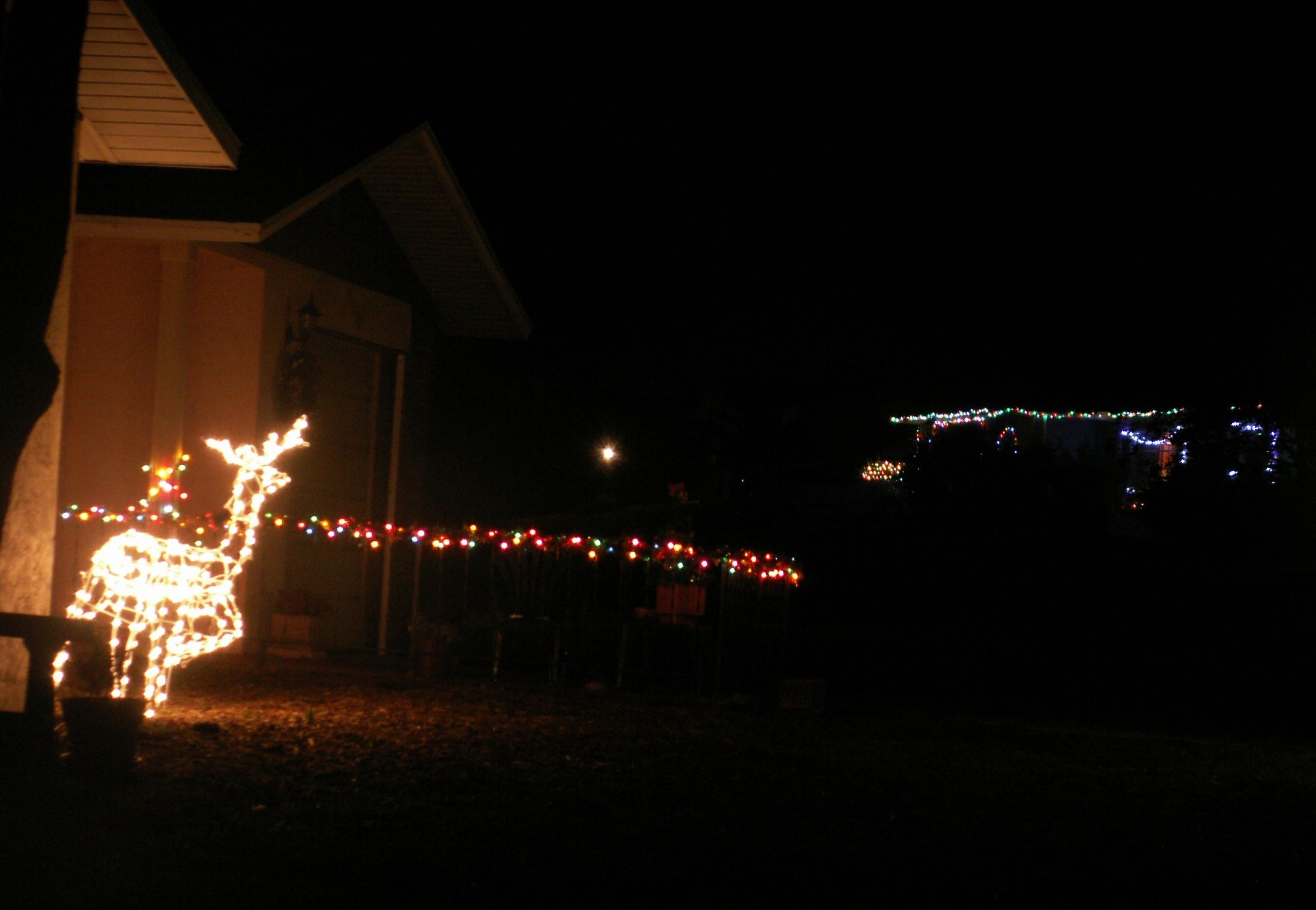 Christmas lights in my neighborhood.