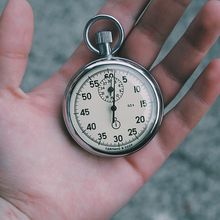 Sunday night, WSHU in my ear plugs after watching The Miniaturist on Masterpiece.  Apparently it is a repeat, but was unaware of it.  Set in 17th century Amsterdam, which attracts my interest in most things historical. Plot premise of some mysterious connection between a model house and the actual house is a stretch, but will see if it can be made to work.

The weekend was less isolating than usual, in part because of what I did yesterday, and in part because of what my daughter Tracy did today. Yesterday, I wanted to post something on Instagram for no particular reason other than I now have an account.  I noticed that some writers post images of their book covers, so I thought I’d do that.   However, I wasn’t satisfied with the shots I took because I couldn’t get them sized right.  So instead, I posted an image of the spines of my eight novels on my bookshelf, and shared it with Facebook.  That drew some attention and comment.

Today is the first full day of Rosh Hashannah (Jewish holidays start at sundown the day before.) Carol and I used to invite four good friends and together we would prepare the meal: I would cook the brisket, and Carol would prepare apples and carrots.  Our guests would bring something sweet for the new year.

But that was then and this is now.  I am low-keyed about holidays generally, and in spite of those happy memories of sharing the occasion with friends, I was still comfortable letting the Jewish New Year slide by without my notice.

But when I checked my messages this morning I discovered  that I was part of a group message Tracy started through which family members could exchange greetings.  I enjoyed participating in the group, which connected me, albeit digitally, to family members in New York, Florida, Manchester, England, California, and even Australia where my first cousin Ben is a rabbi.

I’d be dishonest or at least incomplete if I did not mention that today was also a big sports viewing day for me--baseball and football.  Won the former, lost the latter.

When I came home Friday, Tonda, the aide, told me that Carol had been very verbal expressing her displeasure as a trainee aide was attempting to give her a bed bath.  The immediate point was that this aide, who otherwise did a good job, might not work out if a bed bath was going to be expected of her were she to be assigned at some point to work here.

More important, however, and Tonda was aware of this, was Carol’s being verbal.  I have noted that Carol is talking more.  She continues, of course, to have articulation problem, but she simply is attempting to speak, or perhaps in her mind she is, in fact, speaking.

In is doing this in two ways.

She is giving voice to people she is thinking about.

And she is responding more often and clearly to conversational bits that attract her attention.

I have mentioned an example of the first, when without any obvious external stimulation she said “Mom.”  When I asked if she were thinking of her mother, she nodded.  I responded that she was being taken care of in Orchard Creek, and Carol replied, quite clearly, "That is good.”

Then, a day or two ago, while she was sitting in her chair across from where I was in mine working on my laptop, she looked up as if she had remembered something, or a thought had occurred to her, and said “Danielle,” our daughter’s name.  I cannot remember the last time she said that name.  I, of course, talk to her about Danielle, usually without much response.

“She is living in Minnesota,” I said, “like you did years ago."

On another occasion, in a similar matter, she said “Ward,” her younger brother’ name.

And this morning while still in bed, she again appeared to be reacting to a thought, and said “Dad.”

Finally, in a similar but somewhat different way, recently several times she has addressed me by name, again something she has not done in a while.

I don’t know quite what to make of these one word utterances, other than to say they are new, and they indicate the emergence of some kind of stored memories.

Got this started.  Perhaps a good time to let it percolate.

Tuesday night after a long and tiring day including my weekly shopping and a wasted visit to my dermatologist whose office managed to lose my appointment, which I had to reschedule for a couple of weeks down the road.

But the day also offered a couple of bright spots.  The first was an email from the editor of Rosebud, which published one of my stories last winter and to which I sent three more a few day ago.  The editor responded to one story in particular commenting on the very last line as not wrapping the story up.  I reread the story and concluded he was probably right.  I rewrote the ending and sent it off to him.  That he took the time to be that specific suggest he might well take the story.

The second bright spot was a totally unexpected call from Toyota’s executive offices to which I had sent an old-fashioned paper letter complaining about my continuing problem with the Pandora app on my Camry’s Entune system.  I suggested in that letter that my lease fee be reduced by ten dollars a month until Toyota fixed the problem.  To my utter surprise someone actually read the letter,  took the time to research my previous contacts on the issue, and promised to get back to me by Thursdsay.

I’ve been writing about the apparent improvement in Carol’s ability to pull out shards of long term memory, such as giving voice to family members, such as her mother, father, and brother, as well as our daughter Danielle, and occasionally calling me by name.

I do not know what, if anything, to make of these brief outpourings.

But I do realize that trying to deal with them, besides guessing at their significance, also puts me in mind of one of the most difficult underlying problems of our situation.

That is how to deal with the persistent push and pull of time, the before of her disease, the now of her condition, and the movement, however haltingly, toward the future.

Simply, I have always had an exaggerated sense of time, even an intense relationship.  I hate being late.  For anything.  In fact, one of the very few sources of disagreement between us was Carol’s opposite attitude toward time, in general, and timeliness, in particular. To say we were wired differently is true, but recognizing that did not remove my irritation when we would be threatened with arriving someplace late, such as a doctor’s appointment, even as I surely recognized, once in the doctor’s office we would no doubt have to wait to be seen.  That didn’t matter to me.  I just wanted to hold up my end of the arrangement by arriving on time.

In a similar way, I always know what day it is.  I know when to expect money to arrive, or when an obligation must be paid, and keep those two in balance with each other.  True, I now use the calendar on my phone to check my memory, but most of the time that is unnecessary

But now, that clarity, that orderliness is undercut by the uncertainty of our situation.  On my desk in my office is that ancient manually controlled perpetual calendar I’ve described before.  Its display of day and date has to be changed by hand each day.  For years, for as long as I have owned that little device, and we’re talking about something I have had for close to half a century, long before digital calendars, I scrupulously changed the day and date on it.

However, a year ago in August I let it stay on the twelfth of that month, marking the day without conscious intent when we stopped going upstairs to our bedroom. Tracy reminded me, when I mentioned this date, that it is grandson Evan's birthday.  With all due respect to Evan, the more immediate significance of that date to this context is the day when we abandoned the effort to have Carol mount the stairs to our bedroom.

That moment is now captured on that device.

Yet, on my office wall, and the kitchen wall are two 2018 calendars, each kept correctly on the right month.  And my new watch correctly shows the date every day.

Emblematic in some way of my unsettled mind, my present ambivalence to time, that erstwhile rock solid constant in my relationship to the world.

Tracy's message group drew me in, with some force, to the present.

Yet that present still seems to me to be somehow unreal as I try without much success to wrap my mind around where we now are.

Note 1: After some back and forth regarding its last line, my story "Like Water Over Stones" was accepted by Rosebud.

Note 2: The Toyota representative did call to tell me that the Pandora problem was going to be fixed in November by removing that app from the Entune Suite.