Time to Find a New Doctor?

Time to Find a New Doctor? 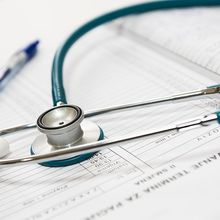 It's been a while since I wrote, but things have been okay for the most part. This is in spite of my anxiety, which is one of the main reasons I haven't written a lot here. In some ways I'm getting more of a handle on that, but I am still looking to find some kind of therapy.

My buddy is currently doing okay. Last year at this time he was in a nursing home recovering from a broken leg. He's been home for almost a year and is doing okay for someone who had a major stroke seven years ago.

I'm writing today to talk about his primary care doctor. We've been going to him for almost five years now, and recent events have caused me to lose confidence in him. Starting in late November, my buddy had a couple rounds of severe nausea that ended up with him getting dehydrated to the point of kidney failure. He spent a couple days in the hospital right before Christmas getting re-hydrated and his kidney function restored. We saw the primary doctor the week after Christmas. At that time, the doctor ordered some lab work, and told us to come back in two weeks.

We had to postpone our follow-up visit twice -- once because of bad weather and once because my buddy wasn't feeling well enough to go anywhere. We finally got to see the doctor at the end of January, and there were red flags flying at that appointment. The first was that the doc didn't remember about the blood work he'd ordered. I was expecting that to be at least mentioned. In fact, the doctor didn't seem very interested in my buddy's health in the month since our last visit to him. It was quite a month! My buddy had a couple occurrences of severe nausea, a couple periods where he felt really cold in a fairly hot room, continuing problems with a compressed ulnar nerve, and finally a seizure that lasted 20 minutes.

The next red flag was that the doc couldn't remember why my buddy was on pain medication. We've been going to that doctor since 2011 and maybe my expectations are out of line, but I think my buddy would stick out enough for the doctor to at least remember that he had some issues with pain.

The last red flag arrived last week in a letter from the insurance company. That letter said that the doctor was no longer accepting my buddy's insurance. So I went out and made an appointment with a new doctor. When I called the current doctor's office to arrange getting my buddy's records transferred to the new doctor, I learned that the current doctor had been late renewing his contract with the insurance company and was in fact still accepting that insurance.

Am I being too quick to bail out on our current primary doctor? He hasn't been great, but he has at least seemed competent. I'm not so sure about that any more.

Hi Steve! I'm so glad to hear from you! :)\r\n\r\nI think your gut is right and it's time for a new doctor. You've listed the red flags which I would consider serious. The doctor seems overwhelmed and can't keep up (which is why he can't remember your buddy's situation and didn't complete the insurance forms in a timely manner). Your buddy needs an organized, fully present physician.\r\n\r\nLet us know what you decide and how you find a new doctor. Your experience will be helpful for all of us.