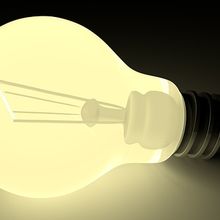 As I mentioned earlier today, Mom has been in a dark mood and obviously angry with me, but I've managed to reset things a bit this afternoon with some time outside visiting the garden. Earlier, I took down another one of my son's baby photo albums and it was a good distraction, but it led her to some negative memories of her own childhood. These come up a lot these days.

Her parents didn't give her the unconditional love and support that she and my dad gave me. She was the only girl and the youngest of five children, and she felt that the boys got all the freedom while she had to stay under lock and key. She has told these stories a lot, about how her parents ignored her or repressed her in some way and showed preference to her brothers. Today, she added the detail that when she was old enough to take driver's ed at school, she got her driver's license, though it was very rare that she was ever allowed to drive the car. They thought girls were bad drivers, but she was the only one of all of them who NEVER HAD AN ACCIDENT.

I think that when I took the car keys away from her, I became her unfair, uncaring parents who never gave her the respect or appreciation she deserved. I never wanted to do this!

Thank you for sharing your stories! I take care of my dad with FTD and still have 2 kids at home. I'm wAnting to connect with someone I. The same boat as i am!