Total Depravity or "Let's Get Religious"

Total Depravity or "Let's Get Religious"

0
So what phase of caregiving am I in now? Is this Step 4a.1, "Being Selfishly Angry all the Time" ? I have a better life than probably 99% of the rest of the caregiving galaxy, not to mention the planet which is suffering through the Polar Vortex. Why am I not rejoicing with tambourine and harp? Confetti and Mylar balloons? A heavenly cake from Cold Stone Creamery?

I guess I'm totally depraved, just like my mother.

There is no hope for me; I am just a sinner. When I have to wake up my mother, I put on the smile that holds no love behind it. I really would prefer to not wake her up at all, and in time she would spend more and more time in bed, lose all her motor ability, and then stop eating, and then eventually die. It sounds easy in print but I know it wouldn't be that easy. My gut tightens when I open her bedroom blinds and sit by her on the bed, peeking under the covers to a place not pee-soaked so I can sit in safety. I'd just rather let her sleep, so there are less hours to be with her.

She complains and protests as I try to clean and dress her, starting the day at a falsetto pitch. Now she wants me to lift her, carry her, and help her walk. That is unless it's 2 am and she has decided to get up, make her bed with hospital corners and such perfection that a military quarter would bounce right off it, and put her depends in the waste basket that has to take a grand tour of the house. She doesn't need my help then. But in the morning it's just a litany of cries and moans for all the pain I'm inflicting. If I didn't touch her in all the places she's wailed about, she wouldn't be dressed at all. She refuses to help in the dressing, remaining rigid and unyielding like a bag of pine bark mulch, so of course my attempts at pulling her pants on ricochet against her body. One day I just gave up and left her there, sitting on the toilet wrapped in towels. "DO IT YOURSELF THEN!" I shouted, went back in the house and did stuff. After I while I went back in the bathroom to check her progress. She was still sitting there on the toilet, exactly as I left her, wrapped in towels, facing straight ahead.

Heaven forbid we have what the literature calls, "A Catastrophic Reaction". She might freak out when I try to assist her in the bathroom, screaming and threatening to call the cops. You just live from one catastrophic reaction to the next. Like Dustin Hoffman in Rain Man and the eight fish sticks and watching Judge Wopner, who knows what it will be next time?

She used to start around 3:30 in the afternoon, rustling in the refrigerator, "making dinner". Now she starts as soon as we're done with lunch and continues until the evening; you can see it in the way she darts like a bumble bee anxious to pollinate an orchard, bouncing from one thing to the next, the toaster, to the dishwasher, to the pantry to the coffee machine, to the washing machine. Looking for meaning? Looking for clues? What does this do? What did I used to do with this? This coffee pot looks like a good place to put the leftover Bertolli Alfredo Pasta and eat it. Yeah, that's it.

Let's put this plate of food scraps in the washing machine. Yeah, that's it. Let's rip open all the boxes of Shake N Bake, Stovetop Stuffing, and cornmeal mix. So I let her do this, it's easier that way. If I put my hand on her upper arm to stop her, she gets stock-rigid like a two-year old with a tantrum, stamps her feet and screams at me that she's going to hit me. Once she has ruined or broken everything in the house, it will be so much simpler to live. We'll be like two campers out on the open range eating beans from a can, how peaceful is that?

(I have drawn the line on her playing in the coffee and Metamucil, too expensive to waste)

Last night she was making lasagne with a box of kleenex as the pasta layer. Now I just take everything she touches at the end of the day and load it into the dishwasher. I give up. It's beyond disgusting. And I am so thankful to have the dishwasher and the washing machine and dryer. How did people manage dementia on the wagon train? I can't think about it.

Total depravity; that we are all born with original sin. I guess when you have dementia, all the controls you once depended on to make you a good citizen, loving parent, wise teacher, adoring spouse, responsible employee, are gone. And all is left is the Sin. And you're not allowed to use words like "stubborn" or "willful", because that implies intent, which dementia patients don't have. A conundrum.

I don't know what my excuse is. My daughter says, "Mom needs a break." The saddest part is, I just had one. 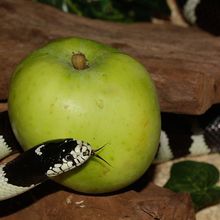 Jan - I can so relate. To the \"I have it better probably 99% of....\" I read yours and thought, wow, I have it better than that, today, so why should I even post or share or try to relate? Feeling some guilt that I too let my dad sleep rather than deal with the dementia and attitudes there of... He too can do whatever he wants, when he wants, if he wants, but becomes an invalid when I am around. I can do nothing right and when I do I'm a \"martyr\" and then the jokes and sarcasm start. I'm glad I actually started reading posts in this site, finally! I joined in November and felt that I had it better than most so why even try and haven't gotten back on till now. So your blog was perfect timing as well as my willingness to just start moving forward and doing something different - CONNECTING with other - !!!! Thanks Valerie aka number4

Oh wow, YES YES YES, I feel your pain. When SHE wants, she can do anything, dress, walk, bathe even, yet when they're supposed to do it, it's a battle. Why not let her sleep though? I let SIL sleep unless its pill time, otherwise when she sleeps we all can rest. Sleeping is good and restores them. I have no worries of her calling the cops, even if they came they've seen all this before. My MIL used to call on SIL and they'd tell her let your daughter take care of you, and get back to bed lady. SIL has bruises all the time, from falling and on her arms from us helping her up. Medical teams and police know how to tell what's what :) and never worry who has things better or worse....it's all individual and all VERY HARD. lol, sometimes after a break it's even more difficult to get back in the game! Being angry is a normal response to what you're going through....man! There is no joy in walking in a pee room any time of day, haha, sometimes I walk in SIL room a half hour after cleaning it and wonder how the smell didn't peel the paint off the wall! Being pissed off is a normal response to an extraordinary set of circumstances nobody has control of. I hate dementia, It robs us of time and joy...I'd happily punch dementia right in the gut! She's maybe not willful, but dementia sure is and takes over. Try and breathe! SIL been sleeping all day, I guess all the fun of the past few days tired her out, I take it like the gift it is a roll with it :)

Ah, the curse of the break is that it can't be just once in awhile. It's got be ongoing and often.\r\n\r\nI think dementia on the wagon would be very similar to dementia in the house. It's awful, it doesn't stop and it's willful. \r\n\r\nI love your blogs, Jan. It does make me wish to live closer to you just so I could lend a hand, even if it only means I load the dishwasher. \r\n\r\nI'm thinking of you! Keep us posted.