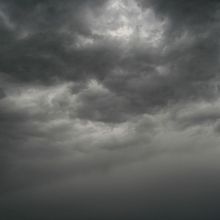 I don't like seeing my beautiful man so dependent on everyone. He fights for his independence whenever he can, always wresting control to do whatever he can himself.

He fell on Wednesday, went to the ER where they gave him too much dilaudid and he went down hill from there. Went to the ICU until this morning where they moved him to a step down unit. He was doing okay but by the afternoon we returned to the ICU with pneumonia and delirium. In between daily X-rays, ct, operation to fix broken hip, etc etc and lots of suctioning.

They tried restraints but gave up when he slid his body down the bed and ripped off his oxygen mask. He was  miserable, in pain, sometimes confused, and a different honey. The assertive, take-charge patient funny guy looked at me and said one word at a time: "I want to go home." But the guy on Tuesday would have made that comment as an off-hand aside or joke. This was different. It was sincere with the expectation that it was possible. The guy on Tuesday would know all that's ahead of him before he goes home.

He's asleep. I'm looking at the side of his head with an eye that used to have a huge beautiful eyelid but now it's small and sunken. There's un-cool stubble halfway between hipster and beard. The spark and vibrancy is hiding. Down the hall someone is dying. Chest compressions, check carotid, let's call it. The honey woke up suddenly, peed in the paper underwear and is asleep again. It's 12 a.m.; the end of the day.