Tougher Than a Pine Knot

Tougher Than a Pine Knot 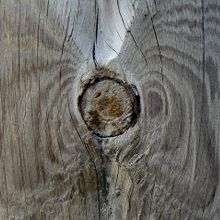 I grew up in a town in the Missouri Ozarks called Mountain View.  It was not home.  Home was a town by the Mississippi that could be reached in a day if we left early in the morning and came home late at night.  Mountain View was a place in the highway we went to as the plans to move back to Michigan fell through.

Despite it not being home we stayed there from my fourth grade year up through four years of college and some time that I didn't have a job because I refuse to settle for a job flipping burgers.  Not so much because I was too good, but because I was so accident proned the doctors and nurses knew me by first name and not just because I grew up with their kids.

It was here that we lived across from a battered women's shelter that my grandmother volunteered at.  Because we lived across from it the phone for the shelter would often be transferred to our home so the police would call all hours of the night because someone needed help.  Sometimes the women would only be there for a night before they would be swiftly secreted out of the area and away from their abuser.

On one of these nights, the abuser of one of these secreted women had been sneaking around the now empty house - he didn't know it though.  The house had motion sensors and the lights in the yard would come on obviously to alert about an intruder.  So that night my grandmother called the police and one that we were good friends with came down to see what was going on.

Peeping toms, intruders, etc they don't scare my grandmother, she says they make her mad.  She doesn't scare easily.  She reminds me a lot of an Australian Shepard she had.  You get into her area without her permission she's going to take you right back out of it again.    That night the police officer looked at her as she snorted about what was going on and told her "that's because you're tougher than a pine knot."

I thought of that the day that the doctor came into the examination room on May 3rd and told her that he thought she would benefit to going to Southgate.  It was the second time in a month I had seen her break down and cry.  It wasn't just a cry, it was a soul deep cry of feeling useless. It took the doctor and I both to convince her that it would be the best and the doctor kept reassuring her she was not going to the nursing home, she was going for physical therapy.  It was in the same building but it was a different wing.

I felt horrible.  I felt like the worse person alive because I was driving her to the nursing home and I had promised her that I would never put her into a nursing home.  It was hard to separate the physical therapy ward from the nursing home mentally.  The two were in separate wings but you could still go from one side to the other in a round. And though I know in my heart that it was what was needed it still hurts because I can still see this strong woman reduced to tears and she was so scared.

Gramma is doing so much better now, she's up and moving around.  She's cooking again, she's confident again but I still see her sitting in that wheelchair broken, scared and crying.  I wonder if I'll ever stop seeing that image.

Dear Marie, Your story resonated with me. I loved reading about your roots and the strong, no-nonsense woman, your grandmother. I can only imagine the struggle and conflict you are having in this time of life that's turned around to have you looking out for her. The universal human story that culminates in losing our strength and power is all too familiar. I want to wish you well and thank you for showing vulnerability and courage. You've made my day better. Thank you, many thanks. GeminiX5 [aka Annie]

Your Grandma sounds like such a precious, strong person! I totally understand what she felt and is going through...You are so strong to be able to walk with her through this difficult transition not know if she's bounced back or still carries that anxiety about the nursing/PT home. I love Tougher than a Pine Knot!