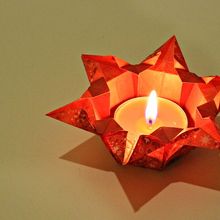 Thursday night.  Christmas has come and gone.  Carol and dog asleep.  I have just finished cutting about five hundred words off  a story so that it almost slides under the word limit of the market to which I want to submit it.  I figure I’m close enough, and there is no more fat to trim.

As always, I enjoyed the pruning process, which is where the necessary craft in writing is usefully applied, where the writer must remove himself or herself from the product being produced and attempt to see it as readers will.  That is a hard learned skill the application of which is a source of satisfaction.

We are getting through this holiday decently well.  My relief aide schedule had to be rearranged  because both Christmas and New Year's day fall on Tuesday.  Nothing much will be open on either day, not stores, or the library where I sometimes work.  We switched my Tuesday aide to Wednesday after Christmas and to the following Monday before New Year's day.  Today, I had no one come because of a vacation issue with my Thursday aide.  I could have perhaps agreed to a replacement who had never been before, and that just didn’t seem worth doing

Tomorrow, I’ll have my usual lunch with my guys.

The holiday season will soon be in the rear view mirror. We are on the other side of the winter solstice so even though we are just entering the long northern Michigan winter, snow on the ground and more to come, I prefer to think that we have turned the corner and are heading toward the light.  It may be distant, but each day when the sun hangs in the sky a little longer is a positive.

I try to convince myself that this meteorological fact will somehow have some parallel in my life.  I cannot, literally, move out of the darkness of Carol’s disease.  No increased sunlight or metaphorical light can accomplish that magical feat for me.  But I’ve never been satisfied with the status quo, whatever that might have been.  I always believe, whether with reason or not, that things will somehow get better.

And there are signs that may be the case now.  In several ways, I am experiencing more people interactions, both with Carol’s family, with my daughters, albeit  long distance, and with a variety of respondents to my newspaper columns, those mostly of the digital variety.  It seems as long as I keep making myself available one way or another, people will respond.

And that is a very good thing.

Friday night, dog snoring on the floor to say all in her world is just fine.


Sent an email to my lunch companions containing a link to a review of The Penguin Book of Hell  in the New York Review of Books.  I thought they would be interested in that subject as we had touched upon it this afternoon as tangential to our discussion of morality. Our lunch time conversations do move between the largely inconsequential to the serious. But that is not why I mention this email.  I saw that it went out under Carol’s name because  the periodical’s account has been in her name for some years from the time she renewed it.

Renewed it for me.

She never read that periodical whereas I’ve been reading it most of my adult life.  Just one more of so many reminders of the care and respect we extended to each other.  I recall subscribing to Scientific American, which I don't read, for her.  And so it went.

And now I’ll do what I can for as long as I can for her.

Sunday night after midnight.  Spent the day watching a lot of football between caregiving responsibilities.

Carol tried to become interested in football.  We would sometimes watch games together, and I would, at her request, explain the fundamentals.  Terminology was one difficulty.  Why was a play called a down?  There is no answer, any more than why a pitched ball is sometimes called a “ball” and sometimes a “strike” whether the batter strikes at the ball or not.

But she just could not get interested enough to learn enough to share my enthusiasm.  It wasn’t, as one might guess, that gentle soul that she appeared to be, she objected to the violence of the game.  No, not this woman, who thoroughly enjoyed watching two fighters beat each other into submission in a boxing match.

Perhaps it was the lack of constant action, so many pauses between plays, and each play often taking no more than a few second.  In this regard, she was beginning to show some interest in fast moving games like hockey or soccer.

She would watch baseball with me, and root hard for the Detroit Tigers.  I imagine her interest in this sport was at least in part associated with her father who was a fan, and who was, so Carol told me, named by his father after the famous old time pitcher Walter Johnson.

Her favorite sport, though, was basketball, and here the reason is clear: she had as a girl enjoyed playing that game, remembering as she reminded me more than once that she had been captain of her team in school.  If we found a woman's basketball game to watch, she would settle back and enjoy it.

For those who enjoy competition, and Carol in her way, certainly did, sports is an acceptable outlet. Carol’s ambitions as a writer was just another expression of her innate competitiveness.

I, too, confess that I am more than a little competitive.  I do like to win.

But I can say with honesty we never competed with each other.  As I write this, it occurs to me that statement includes any form of competition, be it a game of checkers or scrabble.  It could be that Carol just did not enjoy those kinds of games although I certainly do.

As sugar sweet as it may sound to say, the answer might just be that we just wanted each other to do well in whatever we were doing.  In games with winners, there have to be losers.  And just perhaps we did not want to see the other person lose.  As corny as that sounds, and although I have never thought about this question literally until this moment with my fingers banging down the keys of my laptop, it may well be true.

There are different kinds of light, those provided by sun or moon, those captured in metaphors of hope emerging from darkness, and those that memory shines on those whose lives are so inextricably intertwined with our own.

At the center of all of these, for me, is Carol.