0
(Editor's Note: We welcome Annamaria, who cares for her parents and her aunts, to our blogging team today. Be sure to connect with her on her profile page: @annamaria.) 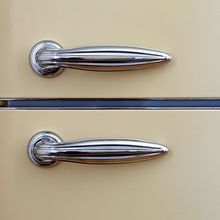 There was this refrigerator that was left in my elderly aunt’s garage unplugged for an estimated 10 years in FLORIDA! As gross as it looks on the outside, the inside was even worse. There were maggots upon maggots which were all dead by this time. It was literally the most disgusting thing I had ever seen (or smelled) in my entire life. When I inquired about disposal with the city dump they said they would take the food and they would take the refrigerator, but not together. The food would need to be dumped in the large drive-up dumpster and the refrigerator would be left in the scrap metal section of the landfill. Totally makes sense but guess what this meant? “Somebody” would have to empty the food out of the fridge. That was the day I considered changing my name to “Nobody”. Well, either way nobody was going to do it.

There’s got to be people who specialize in this sort of “clean-up”, I thought. So...I called around town answering advertisements to places that offered cleanup services. Their ads said things like: ”No job too big or too small!” This seemed like a good place to start. However, when I called and explained the situation the telephone conversation would be mysteriously disconnected. Wait! What? Did they hang up on me? Seriously? What’s happening here. Well, finally somebody did at least talk to me. They suggested I call the people who clean up crime scenes. I called the CSI people. They told me they would come with a special truck and their space suits with some yellow crime scene tape and surround the area. OMG! She lives in a snooty gated golf community in Florida. She has the nosiest neighbors I’ve ever met. The lady who lives across the street from my aunt had a real sense of entitlement to know everybody else’s business. That would be rather scandalous amongst this particular neighborhood. Out of respect for my aunt and her condition, I really didn’t want the entire neighborhood gossiping about her situation. Not to mention the “CSI” people gave me a telephone quote of a minimum of $1,500 to do it. The impression I got from that phone conversation was that once they got there they were going to drive the price up and up by the minute. Yikes!

Now if you have an inquiring mind, you might be wondering: how this ever got this bad in the first place? Well, here’s the reason: prior to my aunt’s dementia diagnosis she was a hoarder. Like full on HGTV stuff! Finding that refrigerator amongst all the items in that garage was essentially the last of the hoarding cleanup of the entire house. It was mind boggling to me that an 80 year old little old lady would be able to create such an empire of carnage from garage sale items that encapsulated a 2,000 sq foot home in a beautiful gated golf community. The entire house was completely full. I surmised that this hoarding problem most have gotten more extreme after the passing of her husband about 10 years prior. You may be wondering: why didn’t anybody address this with her previously? Well....we really didn’t know the extent of it. My aunt, who had no children of her own, didn’t exactly invite people into her home. My mother and my other aunt said the house was a mess and she needed to clean it, but we were all busy with our own lives and really had no idea the extent of the “mess”. To be honest...my aunt’s two sisters did a pretty good job covering up for her. My aunt was still cognitive enough to care for herself during most of the years as the situation accumulated so there was no obvious reason for anyone to interfere in her personal business at that time. I never would have believed she alone would have even been capable of all that “mess” if I hadn’t seen it with my own eyes.

Well...the inside of house had been completely cleaned out. It was approximately a six month long project working daily to sort through garbage and various garage sale items along with some nice things. The last thing to finish up was the garage, which at the time seemed like it may be the easiest to address because access to clean things out would be so much easier. There is a psychological aspect to cleaning out a house in a hoarding situation as the person doing the hoarding doesn’t see this behavior as a problem. Then to add the aspect of dementia to that...well it made it tricky to get things done. The garage seemed like it was going to be a simple task compared to the entire inside of the home. Of course, that was before the refrigerator was uncovered. Gasp!

When I went to work that weekend I was telling my co-workers about my “anthropologic discovery.” My co-worker, Rodney, said: “You’re not going to let those CSI people rip you off. We will take care of this ourselves...you’ll see.” Rodney was my best resource in this situation. He formulated a plan where we wouldn’t have to actually touch the food. We would rent a truck and use a rope to create a pulley type system where the fridge leans forward enough to open the door. Rodney would hold the rope and shake the refrigerator not letting it fall. This would allow the food to fall out by itself into the dumpster, but not enough to allow the refrigerator itself to fall into the dumpster. Wait a minute! Were we really essentially going to lead the refrigerator to dump itself? Hmmm.....It sounded crazy, but I was thinking it just might work.

So a few days later Rodney and I met up at a nearby U-Haul dealer and rented the truck. From there we drove the U-Haul over to Lowes where we shopped for items such as rope, duct tape, box cutters, gloves, masks, and bungy cords...you know nothing suspicious. We went to my aunt’s house and gave the refrigerator it’s last rights in preparation for the ride to it’s final destination: The Orange County Landfill.

Rodney used the duct tape to seal the refrigerator shut (with all the smelly, rotten food inside). He handed me a yellow gown (you know the kind they use in the hospital), booties (shoe covers), a mask, a hat, a garden shovel and the box cutter. He and I used the U-Haul ramp and wheeled the refrigerator onto the truck. Rodney used the bungy cords to secure the refrigerator to the front of the U-Haul so it wouldn’t be rolling around on the ride over. The last thing we wanted was the food to leak out.

Once we arrived at the landfill, we unloaded everything except the refrigerator and an area rug. When it became time to unload the refrigerator Rodney and I put on our yellow gowns, gloves, booties, masks, hats and the whole nine yards. Once we were all dressed and ready we gave two roofing guys using a nearby dumpster a heads up and suggested they use the dumpster on the other side of the wind that would spare them the downwind of what we were about to unload. The guys told us “go ahead...no big deal.” Rodney told them that the gloves, yellow gowns and masks were not a Halloween costume but there was a nasty refrigerator full of rotten food that was going to be getting dumped. We waited until they were about finished knowing the wind would not be in their favor.

Rodney set up the rope and pulley system, we wheeled the refrigerator down to the end of the ramp and got it ready to be tipped about 40 degrees forward, enough to make the doors fling open and utilize gravity to allow the food to dump itself. Upon receiving the final “go ahead” from the roofing guys utilizing the dumpster next to ours, Rodney told me to use the box cutter and cut the duct tape.

It worked exactly as planned. The doors flew open, Rodney shook the rope a few times, and the food just dumped itself out using gravity. I used the garden shovel to fling out the food that was stuck inside the refrigerator doors. Rodney was inside the truck and I was too close to the fridge to really be too affected by the smell. That food just fell out like one big dump! I think I heard a sigh of relief from the empty refrigerator.

A few minutes later, Rodney and I heard some gagging and tires squealing. The guys next to us had made a quick escape. Rodney and I laughed hysterically. Mission accomplished! The plan worked extremely well. We threw the old area rug on top of the food we had just dumped which kept the wind from continuing to blow the smell around the landfill. We pulled back the fridge which essentially had emptied itself and drove it over to the scrap metal area at the dump where it would be perfectly paired with the other old appliances. We hosed off the U-Haul truck at the nearest car wash and returned the truck to U-Haul just as we had found it.

The whole process took about 3 hours. I had spent more time worrying about the situation than it took to actually resolve the problem. Just like that...it was done! After Rodney and I returned the U-Haul truck we went our separate ways. After a nice shower, I went out to find my aunt. She was doing her usual coffee routine at a nearby Dunkin Donuts. I went inside and sat with her. She and I drank our coffee and talked about how nothing unusual or exciting ever really happens and how every day is the same ol’, same ol’ boring routine wishing something new and exciting would happen once in a while. Wink! Wink! 😉

Since then, I haven’t had to deal with any more toxic refrigerators. But this experience has changed how I handle the challenges in my life. Yes it was unpleasant...but the only way I can describe the way it felt once it was done was “intense accomplishment.” I often find myself actually feeling grateful for that experience. I don’t expect to ever be faced with that specific problem again, but being able to transform a situation that seemed hopeless at the time into something better was an amazing experience that I will always treasure.

Ever since that day, when something seems overwhelming I just smile a little inside and say “well at least it’s not a toxic refrigerator”. Then I put on my metaphoric yellow gown, gloves and mask and I handle it like the toxic refrigerator superhero that I know I am!

***Now go dump the toxic refrigerators in your life!***

You just made my day! I loved reading how you dealt with the toxic refrigerator. Good old Rodney! It also brought back a few memories of cleaning out my parents house and finding a tear gas canister in a kitchen drawer. My mom was/is a hoarder and dad, while not a hoarder, has lived with comfortably with clutter all his life. It took six months for us to clean as well.

That was intriguing and brought to mind some similar issues I have to deal with. Love the metaphor for the toxic things we hold on to. It is nice having you here.

Great post! Looking forward to hearing more about your journey.

Thank you so much. I was hoping that it would be percieved to the reader as humerous.