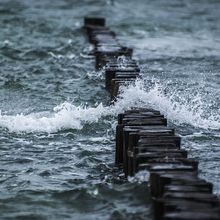 Denise asked in a recent post, what has been traumatic for us as caregivers. I thought about this a bit. Although one specific incident did come to mind, for me I think it was cumulative. The trauma― something more fully realized/understood a year after my MIL's death. We had cared for her for 10 years in ever increasing levels of care during her decline with vascular dementia. After her death, I even had a few nightmares, all revolving around not doing enough or the "right" thing to meet her needs.

Then there was long distance discussions with my sister about my mom who had AD. And the once or twice a year I managed the trip to visit her... each time an adjustment of 15 minutes or so of emotional sadness and grief, until I could totally be present with her in her world. Each time I saw her in the last 4 years, I was sure it would be the last. She had pneumonia several times, medical staff telling us the end was near, Last Rights given, for her to pull through yet one more time (despite being DNR).  The last time I saw Mom and my MIL, both were gasping for air, both finally died (a month apart) of aspiration pneumonia which is frequently the end for many with dementia. I had wished for their hearts to just give out, so they could stop suffering, and I suppose too, so I would no longer have to watch and could bring an end to the long drawn-out grief process of loving someone with dementia.

During the last few years of their lives, I had gotten unsure of myself, afraid to drive in unfamiliar territory, my memory and concentration were at times absolutely horrible. I feared I too had Alzheimer's as my mom and grandmother before me. But given a year to recoup, shift in attention to MY heath care, an adjustment to some meds, I slowly have become more confident and am please that my concentration and memory are better. And I am thankful for the year to become ME again.  I'm now driving frequently on one of the busiest expressways in the country that's loaded with semi's, to unfamiliar places, to help my friend. I had been to her house only once since she moved there 10 years ago. She always made the 30 minute drive (in normal congested traffic) to favorite restaurant in my area when we got together because I so hate that expressway.  (My kids and I were hit in bad accident on that expressway when my kids were young).

And then there was last week, as I lay on my friend's couch, keeping vigil as she tried to sleep in the recliner. She was getting increasingly ill following her chemo. I looked over...her hand peeked out from under the blanket, her skin ashen, no pink under her fingernails―memories of that awful color, of Mom and MIL―alarm.

I took my friend to the ER for the second time in the last month. She again was admitted to ICU with her heart rate at 135 and above, dangerously low blood pressure and increased shortness of breath. Her hemoglobin had dropped lower. After a night of no sleep, her safely in the hands of the hospital staff, I returned to her house, fed her dog and tried to get a nap before driving that expressway again. But all I could do was cry. Overtired and fearful makes for poor sleeping conditions. Then in the middle of my sobs, her 81-year-old-dad called for an update. I compose myself quickly but I think he too was in tears as he ended the call rather abruptly with a cracking voice.

I just hope that her body will hold out long enough for the chemo to have a chance to work. Two units of blood and four days later, she looked better and yesterday moved out of ICU. She will remain hospitalize through her next chemo. I'm relieved she will be there but I know she rather been home.

In reading so many stories from other caregivers who have gone through medical crisis to crisis to crisis... I have often felt myself lucky to have so few. But I think all caregivers should never underestimate the stress of the day-in-day-out "mini" crisis and the constant challenges of everyday caregiving that really do add up. Yes, I knew I was very stressed then, but it is so much clearer to me now the toll it was taking on me and P (my spouse). I'm so much more aware of the drain this time as I help my best friend. And from the wonderful caregivers on this site (which I found after my MIL's death), I'm getting some help along this journey.