Two Minus One Still Equals Two

Two Minus One Still Equals Two 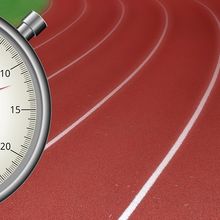 Wednesday evening after a freakish weather day, more like mid-summer with a thunderstorm and winds, and  another storm brewing outside.  We had a good, quiet day  in spite of the weather, of which Carol seemed unaware.

On Saturday, when it was clear that whatever had caused Carol’s fever the day before was gone, I went downstairs to the furnace room to do my half hour on the treadmill.  Because I am not in great shape, although improving as a result of my new regimen, I strain a bit during the exercise.

On this occasion, when I was breathing a little harder, a morbid thought occurred to me.  What if I had a fatal heart attack?  That thought is not irrational.  I have two coronary stents, inserted some twenty years ago when even though I was asymptomatic a perfunctory stress test revealed blockages.  My genetics also are cause for concern: my two paternal uncles died from coronary disease in their early 70s.  I am now older than they were when they died.  My mother died from a heart attack before she reached 70.  True, my father lived until he was 86 and died more from despair at my sister’s unexpected death than anything else.

I usually don’t dwell on these factors.  When I do, I look to my father’s longevity more than the less sanguine example of my uncles and mother.

But on the treadmill that Saturday afternoon, the possibility of a heart attack presented itself in a particularly vivid way.  I imagined myself lying dead on the treadmill, the machine still  running, my body jammed against the machine’s stanchions.

While upstairs in the living room Carol would be in her hospital bed unattended.

Because as I live now, from Friday afternoon when my relief aide leaves until Tuesday afternoon when next an aide arrives, I rarely have  interaction with anybody.  Except for telemarketers of one sort or another, the phone does not ring.  Nobody drops by.  Any contact I have during this period occurs because I initiated it.  I do go to the market every Sunday morning and at least one of the clerks there as well as the manager, is well aware of these habitual visits to pick up a muffin for Carol and the Times if it is available, but I doubt that familiarity would alarm either of them if I did not show up.

I shared this concern with my daughter Tracy.  She said she would make it her business to call every weekend to make sure I was still among the living.

I also talked about this concern with my lunch companions. Brad suggested a digital approach: scheduling an automatic email arriving in my inbox, to which I would respond.  Probably a better strategy than Tracy’s regular call.  She could set up the recurring email, and check her inbox for my response.

Enough morbidity for one night.

I enjoy the sound.

Late Sunday afternoon.  Sitting in the green room, which is our tv room, having just watched a football game.  Carol asleep in her bed in the living room, the radio still tuned to the classical music from Interlochen Public Radio.  In an hour or so, I’ll prepare supper.  Then, I’ll be back in this room for Sunday night television.

Tonight I'll watch a new season of Poldark on Masterpiece Theater.  Like most of these productions it is high class soap made a bit more substantial by its historical setting. More relevant to me now and what I am about to explore is the recurrent sadness I still experience in watching these shows alone.  In fact, it is not unlikely that I continue to make sure I watch them as a way of preserving a piece of our shared life together, as we always, that is always, watched the PBS shows on Sunday night.

There are two green reclining chairs in this room.

I sit in the one closest to the window wall, the one on the left if I am facing the television.

Carol always sat in the chair on the right.

While watching the game I worked the Sunday crossword puzzle on my laptop during the frequent time outs and half time.  As I did, at a certain point, my laptop, which was running on battery, warned me that I needed to find another power source.

I retrieved its power cord from the living room and plugged it in to the outlet on the wall nearest Carol’s chair.  The cord was long enough for me to sit back down in my chair

I would not sit in Carol’s chair.  To do so would be unthinkable.

It would make sense not to stretch the power cord across the floor any farther than necessary.  But to sit in Carol’s chair would confirm the obvious fact that never again will she it in it.  Of course, that is true.  I just don’t want to confirm it to myself.  It is one of many instances where I face the same situation, namely, how to deal with the lingering facts of how we shared space in this house.

In  the upstairs bathroom on the rack next to the tub shower Carol's towel remains hanging in its accustomed place next to mine.  There is no point in leaving it there.

Of course, there are features in the house that cannot easily be changed, such as the his and hers bookcases attached to the dining room wall.  Or her dresser across from mine in our bedroom.  Or her office down the hall from mine.

In ways large and small, our living space announces that is serves two people.

To this point, I am content to leave it that way.

I’ve moved into the living room to sit in my usual chair.  Our sofa is in this room  but only one chair, Steve's chair, which Carol ordered for me along with a reading lamp to stand beside it.  I don’t believe Carol ever sat in it.  Across from me now, though, is her new chair, the tilt wheelchair in which she spends a good chunk of her waking, and not so waking, hours during the day.  To my left is the hospital bed on which she is now rousing from her afternoon nap.

On my way into the living room I stopped in the kitchen to grab a handful of peanuts for a snack.  While in the kitchen locating the peanut jar in the cabinet over the stove,  I was reminded that the shelves in another section of this cabinet were filled with boxes of tea, all kinds of tea, mostly herbal, designed to be a natural cure for various conditions having to do with digestion, as Carol’s stomach was troublesome, and these teas, all of them, are hers.

Very occasionally I feel like having a cup of tea, perhaps as memory reminds me how my father, following his English heritage, drank tea with supper.  He, of course, would not abide tea bags.  His tea had to be brewed from tea leaves.  I’ll use teabags for mine, and among Carol’s medicinal teas is her Earl Gray’s.

Sharing space in this house.

Although Carol is more like a living memory of herself.

Which I intend to hold onto.

Until perhaps all traces are gone.

This is just beautiful. Your love for Carol is so evident. I'm sure, if she were able, she'd return the loving words. On a practical note, your thoughts about what would happen if it were YOU who dropped dead, or was otherwise incapacitated - made me think about my own situation. I don't know what the answer is, but I will ponder it. \n\nThank you for sharing. It truly is beautiful.