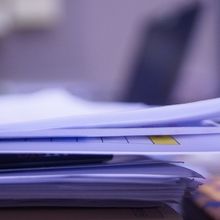 My busted toe was not getting any better. In fact it all felt worse with every passing day. So I sucked it up, and took myself to the Urgent Care. That was three days ago. Three days in which I've been struggling with the trainwreck that is our healthcare system.

At this moment, I'm sitting in the waiting room for one of Grandma's various doctors. It's busy here today, and I've settled in for what will likely be a long wait. And I'm using the medical center's free wifi to post here, and vent my spleeny wrath at the whole freaking, stress-inducing, inexcusable mess of it all. Oh, delicious irony!

After the requisite poking, prodding, and x-rays, turns out I messed up my foot even better than I thought. Pinkie toe, broken in two places. Next toe, one break. Rest of left toes, battered and bruised. No wonder it looked, and felt, worse with every passing day. Keeping me awake at night, making pretty much everything much more difficult. They fixed me up with a post-op boot (so stylish!) and a couple of prescriptions for pain meds. I had to hand-deliver one to the pharmacy, cause it's an opioid (hydrocodone) to take at night. Pharmacist says, Be ready in an hour! I went home, thinking that maybe I could actually sleep that night.

Yeah. I actually thought that.

Phone rings, it's the pharmacy. There's a small hitch with my prescription coverage. Gonna take a little more time. Okay, fine, I can deal.

Long story short, it took two visits to our local DES/Medicaid office, three unbelievably long, convoluted calls to their head office (for English press one, for Athapascan press two, if you are a visiting alien from Planet Klaatu, press three... ), three visits and four phone calls to the pharmacy. During which nobody could seem to figure out what was the problem. Somehow, my medical coverage (and by extension, my family's) had been cancelled. Due to my failure to renew our application.

Except that I did! What's more, their own records showed it. On time, and all correctly filled out. But, golly-gosh-darn-it, somehow it wasn't posted correctly. Not my fault. Not this time. (I asked.) More than once, the person I was speaking with (and to give them credit, they were all very polite) told me how they just didn't understand what the major malfunction was. Apparently, the entire damn system's computer network was absolutely FUBAR. Every. Single. Computer. Every. Single. Time. For three days straight. They'd tell me the problem was fixed, I could get my meds now, everything is hunky-doritos. As of 8 a.m. today, it still was not.

About two hours ago, I called again, spoke to a rep again, was reassured that the problem was fixed. Again. I'll wait til later, when I get Grandma back home and settled in, and see if I can actually get my prescriptions filled.

In the meantime, I think about how very much worse this whole situation could be if one of my kids was seriously ill or injured. Or my husband. Or if my problem wasn't a couple of busted toes, but broken ribs. What then? Would the certain knowledge that it was not my fault this time be sufficient comfort?