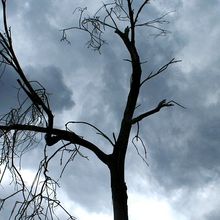 Why can’t people keep their bad moods to themselves? I mean really! When I was younger my sister who is much younger would call me up and say nothing. I would ask her questions and I’d get monosyllabic answers. And SHE called me! She had no questions for me…not even a “how are you?”. This would go on until my apple of a brain was cored completely, always waiting for the  “So how are you?”  No dice. Eventually that changed though. Sort of.

Now she TXTS her bad mood. Who knew silence could be texted. Let me explain. This is not the text that reads, “You idiot – everyone knows ‘no white clothes after August’ is a thing of the past” or “Perhaps you’ve heard of the internet” or “You don’t know what you’re talking about.” No, this is much less direct.

The bad mood text vs the good mood text has to do with the relationship between the choice word and the period. You see, if you’re a forensic scientist of the familial sort, you can analyze the evidence (thank you CSI series). And if you’re a linguistic scientist you can analyze the snippiness (thank you Criminal Minds series). I don’t tout myself as an expert; anyone can learn the finer points of texting while snippy. Another variant to watch for is texting in a snit and passive aggressive texting. All involve as few words as possible with not-so-subtle baggage infused in the space between the bubbles of words.

My honey on the other hand rarely has a bad mood—truly. He had always been a joyful person before this mess happened and that continued easily until about a year or two ago. But that’s not saying he spends his days wallowing in bad moods. He works at being positive, though these days its harder. That still doesn’t mean he’s in a bad mood. I’m very lucky because if he had had a change in personality with his injury or was in bad moods frequently I’m sure I’d have a difficult time dealing with it. As it is, he has to suffer through my bad mood or mini-tantrum or whatever. Otherwise, I’m a delight. :-)

Pegi, You're very lucky to have a happy guy. It makes it so much easier for other people to relate to our husbands because others are so comfortable with them. I agree I don't know how I would do it either without his spirit. Even with communication problems his personality can shine through. No worries about the texts. Thanks for your kind words!