Why Is It Uncomfortable to Talk About Death?

Why Is It Uncomfortable to Talk About Death? 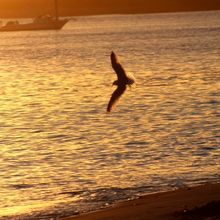 Recently a friend of mine lost her dad. Like me, she was a caregiver. She is now a member of the "adult orphan club."

After exchanging some emails with her, I got to thinking. Why is it so many people are afraid to talk about death? Is it we are afraid? Afraid of the unknown? So final? I find people just seem to put off talking about it. I remember when both my parents were sick and they started to talk to me about their wishes, I too brushed it off.

It is something we should talk about and not be afraid to talk about. My friend has started running "Death Cafe's" which at first I thought was a horrible name. But now, not so much. In fact I am thinking about starting to run one myself. Not just for caregivers, but for anyone.

A Death Cafe is group-directed discussion of death with no agenda, objectives or themes. It is a discussion group rather than a grief support or counseling session. When I was caring for both my parents and they were in the end stages of their life here on earth, I was so focused on their needs, I did not have time to deal with my feelings on death. Then when they were gone, it was like the wind had been knocked out of me. Maybe if I had attended a death cafe it would of helped. I don't know.

Death is not an end. To me, it's a beginning of a new chapter. True, it's an end for a persons walk here on earth. We will always miss our loved ones who have passed and moved on, but for me, my faith tells me I will see them again some day. That is what gets me through the holidays, birthdays, anniversary's, family gatherings etc.

What are your thoughts and are you comfortable talking about death?

I feel like some kind of freak, sometimes, when it comes to talking about death. Maybe it's genetic, like cats and catnip, and you can't help it if you get it or you don't. Surely my mom, when in her coherent mind, didn't fear talking about it, nor does my daughter. But my sister can't even stomach talking about talking about it. Go figure.\r\nMy mom died this summer. Last year I read Caitlin Doughty's book \"Smoke Gets In Your Eyes\" about her experience in a crematorium. It was spellbinding. She is remarkable for her passion to do what it takes to get people to talk about death. She has a great facebook page, The Order of the Good Death. When my mom was a child, her grandfather died and was laid out in the livingroom, as was the common custom of the day, with loved ones preparing the body for burial. I had contemplated that, having the opportunity to do one last loving gesture for my mom. She ended up dying 1000 miles away, so it was not an option. But at least I contemplated it. My daughter wants to be buried in a \"green\" way, with a biodegradable urn box in a woods. \r\nWhile I was on the airplane to my mother's funeral, I picked up \"Still Alice\" and read it. It might have seemed weird and irreverent, but it didn't conflict with anything I believed or knew.\r\nI've had at least two occasions to think I \"might\" die. All I could think of was how blessed and thankful I was to have had my life, and if it was time to go, I would be content.\r\nI especially like \"The Five Wishes\" document from Aging with Dignity. At the very least, it makes you think about what you want people to do around you when you're dying. You ought to have some kind of say in it, as long as you have time to prepare for it. If you haven't seen it, check it out. My copy came from Hospice.\r\nThanks, Amy, for raising this issue.

Being unable to handle strong emotions... I think is a big reason we don't talk about death.\n\nI think some cultures are better than other talking about death. I got the message from somewhere not to talk about it. I remember my mom getting upset with my grandmother when she started labeling her cherished items with the names of kids and grandkids to pass the item to after she died. My mom didn't get it then and would tell her she wasn't gonna die for a long time. I totally get that now, my grandmother preparing.\n\nWhen my best friend died last summer, my 7 year old granddaughters were curious and asked questions, \"are you sad?\", \"why did she die?\" Then after I answered, my daughter-in-law quickly told them, \"that is enough questions, you will make her cry.\"\n\nI think that is part of the answer -- We get messages that you are not supposed to feel bad or cry or display sad or negative emotions publicly. I was once offered a drink by a neighbor in a very emotional situation one morning.... like here, don't feel, this will take away your pain. I know my daughter-in-law was trying to \"protect\" me, but really, I would have loved to talk to the twins longer, their interest and innocence welcome.\n\nWhen my mom died, they were 6. One asked me when we were alone, \"Will you miss your mom?\" and I said yes. \"Are you very, very sad?\" \"yes\". Then after some thought, she said with a smile, \"but just think, you can visit the farm whenever you want and remember her.\" -- what an amazing comment from a 6 year old. It was a special moment for me. And I think for her too. My son wisely chose to bring them to this funeral. He said he thought it would be a good way to experience death for the first time. Since they didn't know my mom (she had Alzehimers), it would an \"easier\" introduction to death. This was important to him, because he witnessed his wife's first experience with a funeral--she was in her 30s. All her close family were in Europe and she'd had no one close die.\n\nA month later, they came to my MIL's funeral. The had \"known\" her to some degree. At least as the extremely thin old person that looked pretty scary and couldn't talk, but occasionally smiled at them. (They had baked brownies one day and they gave her one...they were timid at first but gradually lost fear of her.) This funeral they cried a bit. They knew her somewhat. They wondered where her body was and why they couldn't see it. They got to learn about different traditions and see people grieving and grieve a bit themselves. I think, what a rich experience they had. \n\nBut in my 20s, and even 30s, I would have been the one giving the messages that my daughter-in-law gave. \n\nWe need more experience with death and grieving. It is the unknown that is scary.

Thank you for posting this, Amy. My husband has pancreatic cancer and so it's something I often think about. You spoke about your parents vocalizing their wishes and you not \"hearing\" them. My perspective is a bit different: I wanted to speak about death with my husband long before he was ready to do so. It's a challenging balancing act: wanting to respect your care's wishes but also knowing there are arrangements that simply have to be made, things that need to be decided together. We are now starting to discuss those matters -- wills have been made, the topic of hospice is now on the table (not starting hospice now but acknowledging the need to learn about it before we need it, before we are in crisis mode) my husband is starting to voice his final wishes and I am beginning to speak with him about \"after\" and the things I will need to do, the things I will need to know. Frankly, it's a huge relief not to have to steadfastly ignore the elephant in the room anymore. It's also sad and scary, of course, but the relief is tangible.

Hmm, Amy that is a good question. Elly won't talk about death other than in a casual way but with my Grandfather, I was more clear on what she wanted for his end of life choices! We just had Elly's Doctor go over her end of life decisions. She could talk to the doctor but still not very directly, still avoiding speaking in whole sentences as if speaking would make it happen. Your Cafe sounds like a healthy place to explore those kinds of issues openly. Thanks for sharing!