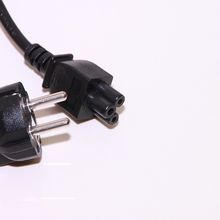 This will not be one of my normal style entries as much as has happened since my last post!

On Sunday, December 14 during the cookie bake for residents, friends, family and providers at my friend's building, a friend of mine and fellow provider in the building received a call from the police department in Arizona where her mother lives that her mother had been in an auto accident and was being airlifted to the hospital in Scottsdale! I agreed to help her clients that were at the cookie bake. She called her back up to get them to cover her client care so she could go be with her mother. Her back-up had been out of town and was on way back but would not be back until Sunday morning. I agreed to cover her two clients for that evenings care. (Both in the building there and I know them both and they know me.). She went home packed and headed out for Arizona. The cookie bake was a success otherwise.

On Monday, December 15 I received a call from friend that she was in Arizona and that things were not good with her mother and asking me for some contact numbers that she did not remember to take with her.

Things were busy with appointments for Mom over the next week and a half as well as Christmas and New Years week. I had to reorder clients as Christmas Day and New Years day are approved as essential services only. I had to do my friend on Thursday and Friday both weeks as his weekday crew company would not do it because of the holiday.

On January 1, my friend returned from Arizona to pack her stuff as she is moving to Arizona to care for her mother that has a triadic brain injury and is paralyzed. Her back-up has taken over her clients and I am acting as back-up right now. I put her a care package together, it included my #coffeewithacaregiver mug, a set of flavored instant coffee that I know she likes, a caregiving.com flyer with a personal note of recommendation, a copy of my card as she wants to stay in touch, and a printed copy of The Caregivers’ Notebook (http://www.springwell.com/pdf/Caregiver_Notebook.pdf) in a nice ring binder with tabs as she was concerned about getting all the care information for her mother recorded.

As part of my New Years goals, I have been using The Caregivers’ Notebook as a basis to organize mom’s paperwork and emergency plans.

On Monday , January 5, I woke up at 3 a.m. to a thud and when I went to look mom was on the floor next to her chair. I went into triage mode. After assessing, no major injuries were found. I helped her into her chair and she claims that she got her purse out and took her pain medication, set her purse next to her chair, got up and went to the bathroom, and was coming back when she got her foot caught in her purse handle. She had a dialysis appointment and a vascular surgeon appointment that day so I monitored her and reported it first thing at dialysis and they did an assessment again and found that she had bruised her knee in the leg that has PAD so wanted the vascular surgeon to look at it. At the vascular surgeon it was looked at and I was given some follow-up care. Also during her dialysis treatment I reported the fall to her MCO as they did not want to recognizer her as a fall risk until she had a fall within the last year! She will now be getting a personal emergency response system (a Lifeline-type system) in case she falls when I am gone or if I do not hear her.

On January 7, the dialysis center ordered a nutritional supplement for Mom as she is not eating as well as she should due to the pain from her PAD and arthritis. They are also going to set up an appointment with a pain management doctor.

I have also reordered myself a #coffeewithacaregiver mug for myself and it arrived January 8.

On Saturday, my friend that I care for on weekends came down with something! He was throwing up and had the runs. We called the nurse advisor and she advised giving him room temperature clear soda and anti-diarrhea med with much rest so off to the store for supplies.

On Sunday evening, I was at store and ran into my computer tech and told him what happened with my power supply and he told me he would bring me one to dialysis on his way into the shop on Monday morning.

When he came we looked at the box and the supply and the wrong supply was put in the box I received by the manufacturer. The serial number matched but the power level was wrong on the box so we checked the new one.

Larry,\r\n Glad to hear from you! I have been wondering where you were &amp; have missed reading your updates.\r\nYou are such a awesome person &amp; a true hero in my book!\r\nMaria

Larry, you are such a hero in my book!!! The care package in the midst of all the stress and trauma of what was going on was Brilliant!! I am so glad you share with us because you are definitely an inspiration to me! My only question is, When do you schedule your own respite time?

What a thoughtful gesture for a friend in need, Larry.

Thanks for sharing, Larry. What a lot has been going on in your life and in the lives of your friends.

Hi Larry!! \r\n\r\nI've been a bit worried but I was trying not to worry that's it been a bit between your updates. I hate to be a worry wort. :) I'm so sorry about your friend and her mom but what a dear friend you are. I've been thinking of creating a gift like the one you sent to your friend to help those new to caregiving to get a good start. The care pack you sent was just lovely.\r\n\r\nAnd, oh, these falls! UGH! And, a fall in the middle of the night! Kudos for being able to wake up with a clear head to do what was needed.\r\n\r\nI so hope your friend is feeling better and your computer is up and running without any problems.\r\n\r\nWishing you a crisis-free week. :)