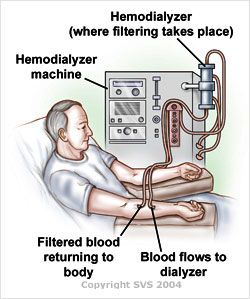 Thursday: On wakening up the are temp was -12 F and wind chill -16 F Meeting with moms MCO care team today (three-month review). We are switching fiscal agent for me getting paid to take care of Mom because of problems with the current fiscal agent. Also informed that the agent for my friend would be being changed. Both were with the same fiscal agent and will be going to the same new fiscal agent.

We had a reassessment of Mom’s needs for care and it was found that the assessment done by the ADRC was not done accurately as they did not list that I was helping her with several different areas so they have added several hours a week to my pay. We were also sent to the home medical supply to have her wheelchair looked at to see what it would cost to have it fixed as several things are wrong with it. (This chair was my grandmother’s that we kept when she died.) Based on serial number it is a January 2000 manufactured chair so the home health agency checked their records and found that my grandmother got it in late January of 2000 and she used it everyday until she died in August of 2002. Then a friend of the family that had foot injury and then surgery borrowed it from us for almost a year. Then for almost two years we used it when we transported an elderly friend from church to church and shopping because we could not load her power chair. Mom also used it for about six months when she had her herniated disk in her back and after surgery during rehab. And started using it again with her heart surgery in 2010. The estimate for repairs of the current chair come in well over  three times the amount to replace the chair.

We are now starting the paperwork to get a new chair approved but are unsure if we can get approval as she does not need it in the house but does need it anytime we go out and to get in and out at dialysis but Medicare does not want to pay unless it is needed in the home for at least eight hours per day. Medicaid will not pay unless Medicare pays on it. So we are waiting to see if the MCO will approve it. If they do not approve it I am not sure how long we will be able to keep using the existing chair as it is starting to have some big issues and we do not have the funds to buy a new one ourselves. We then went over to the hospital pharmacy to see what needed to be done to make the transition to them and got necessary paperwork to get her set up, to have ez open caps, and have me approved to be able to order, pick up and receive instruction on her meds.

Friday: On wakening up the are temp was -6 F and wind chill -20 F. Chiropractor, dialysis, pharmacy and laundry today. Completed pharmacy paperwork when waiting for machines to be done at the laundry.

Saturday: On wakening up the are temp was -7 F and wind chill -20F and it was snowing. Regular cares and grocery shopping today.

Sunday: On wakening up the are temp was -6 F and wind chill -6 F and we had fog. Regular cares today. We had a birthday party for one of the other residents in our friend's building today and he made homemade pizza. He made three pizzas, one low sodium for mom, one without peppers for the birthday person who is allergic to peppers and one with everything. These are knife and fork pizzas because he does not skimp on the toppings. For a 9X13 pan he uses (Everything pizza) 1# sausage, 1# pepperoni, 1# canadian bacon, 1 ½ large onions, 2 large peppers, 2 large cans of mushrooms, 2 - 12 oz jars of olives, 2# of cheese and 1 ½ cans pizza sauce on a thin crust. Seeing that all the regular pizza meats are too salty for the low sodium pizza we took chamber fried it up with garlic powder, onion powder and Italian  seasonings, and left off the olives as well.

Monday: On wakening up the are temp was -14 F and wind chill -21 F. Dialysis, chiropractor and dropped off pharmacy paperwork today. Receive paperwork by email to change fiscal agents.

Tuesday: On wakening up the are temp was -14 F and wind chill -29 F. With the busy week Mom slept till about noon! I attended part of the Impact 80 summit. I was participating until partway  through Denise’s talk my internet went out. Then got together with friend and we worked on the paperwork for changing fiscal agents. I helped Mom fill hers out, then I helped our friend fill his out. Then I got the fun of filling mine out in duplicate as I had to submit mine as employee for each of them and they will not accept a copy. We also dropped them off at the MCO for them to forward to the fiscal agent as requested.

Wednesday: On wakening up the are temp was +13 F and wind chill +4 F and it was snowing. Dialysis and chiropractor today because of Mom's sleep test on Thursday night. We also checked out a new place for getting a different CPAP for Mom as the company she got it from is not properly supporting and the MCO is not renewing the contract with them. The people at the new place as it is a husband and wife run shop so you are not only dealing with a respiratory therapist but also an owner!

Thursday: On wakening up the are temp was +13 F and wind chill +5 F and it snowed and freezing rain over night. House cleaning today. Mom went in for another sleep study as required because of starting her MCO and we will be getting a new CPAP from a different supplier that works with her MCO.

Friday: Happy Valentines Day! On wakening up the are temp was +2 F and wind chill -12 F. Picked Mom up from sleep test went to breakfast. Then to dialysis. I left to do a few errands that I had. I got a call from the dialysis center that her needles were pulled out and I needed to bring her a change of clothes so I had to go home and get her a change of clothes. When I got back to dialysis they took her clothes back to her and I was escorted to the consultation room to see the doctor that was there today. (Not her doctor but did consult with her doctor). Apparently she fell asleep in the chair (this is normal) but in her sleep somehow got the lines hooked around her other arm and when she moved it pulled the needles out. They do not believe that she infiltrated the fistula but we will not know for awhile and need to watch. She lost an estimated one unit of blood and her Wednesday hemoglobin was borderline low.

They were unable to give anything for anemia until they do a new hemoglobin count that shows her to be to low enough for a darbepoein alfa injection or a transfusion. I was told to make our stop at the pharmacy, take her home feed her, have her shower, and her go to bed, and not do anything strenuous over the weekend. She will have a hemoglobin test Monday at dialysis as they need to have at least two days form the loss of blood to the test for it to be considered valid under Medicare standards. I called my friend as we were to do laundry for tonight and we both agreed that we would do laundry Saturday. I have all her close, her two blankets, slippers, and her chair cousin to wash by hand in COLD water to remove the blood. Took four hours so far and I still have some soaking. I also have to keep an eye on mom for the following symptoms till at least Monday: bleeding in the fistula area, extra bruising in the fistula area, swelling in the fistula area, shortness of breath, pail skin, excess trouble concentrating, dizziness/lightheadedness, headaches, excessive fatigue/loss of energy, nausea, vomiting, check BP every 2 for first 12 hours and then every 4 hours for next 12 hours then every 6 hours until dialysis Monday (should be between 90/60 and 140/90), Oxygen saturation of less than 90%, feel for the thrill of the fistula (Pulse in fistula) (if not there or reduced, then I have to call), and listen for the whooshing (Sound of normal fistula when listened to with stethoscope) (If not there or not sounding normal, then I have to call).

If anything shows up on these we are to call the nurse advisor and have her page the neurologist on call. The notes are on her file so all I have to do is give them her chart number and have them look her up. I also have a training session that I need to conduct Sunday afternoon at church so I have contacted a friend of ours from church who is a retired nursing instructor and she will stay with Mom during my training.

Larry! You are an amazing caregiver. I am so happy to hear about the change in agents so you will be paid appropriately, as you so deserve ;) i am praying that your mom will be fine this weekend in spite of the trouble at dialysis. My Bro-in-law is starting dialysis and wants to do it at home, oiy vey! I would hire you in a second!

Hi Larry--I am so glad you will see an increase in your pay--it's well deserved.\r\n\r\nI loved reading the story about the wheelchair. :) So interesting when an object holds so many memories of all the persons helped. The wheelchair holds a part of your caregiving story.\r\n\r\nI saw that you were in the \"audience\" on Tuesday--I was so glad you could make it (even if for only part).\r\n\r\nBut, wow! What a scary situation for your mom yesterday. I sooo hope she continues to do okay. So scary what could happen. It's times like these that your loving attention and care become priceless.\r\n\r\nLet us know how the weekend goes for you.