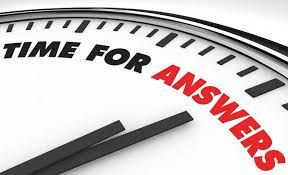 On Friday after dialysis, I decided that I had had enough of not getting information on Mom’s visit to the other hospital. The main hospital where med records are kept is here in town so I went there with my paperwork and parked it in the med records office until they would get me a copy of her report. I also put a call in to the state's ombudsman that covers the rehab center about the whole incident of them taking her to the wrong hospital and problems that have occurred. She will do an investigation and get back to me the early part of next week.

On Saturday I had my radio class today and did some shopping for a few small things Mom wanted.

On Sunday I went for my visit to mom. She is doing better and becoming more herself.

On Tuesday, we ad follow-up with surgeon today. They removed all 30 staples but he did put back in three stitches. He also put in an order allowing her to get a shower instead of bed baths. Follow up in one week.

Oh Larry I'm SO proud of you for fighting! Your mom is lucky to have you. Also kudos to the ombudsman for jumping into this &amp; getting involved! I'm still disgusted at what the rehab center did &amp; so happy that are having to pay for it!\r\nMaria

Larry, you are a hero. Good for you!!!\r\n\r\nSo glad you got the ear of someone who will ensure your mom receives what she needs. And, hurray that you get reimbursed!!\r\n\r\nWell played, my friend, well played. :)

Larry! You deserve an Oscar for your performance this week!! Oh My!! You finally have some resolution and your concerns were so valid. I pray that your mom will have speedy healing and peace as you continue to advocate so well for her. Your mom must really be proud of you, I am for sure!! How did your radio class go, did you get recertified or whatever is the equivalent?